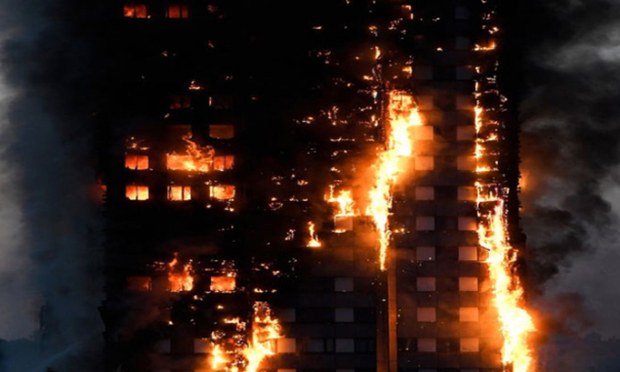 Hackney Council is refusing to release the Fire Risk Assessments (FRAs) for housing blocks carried out before the Grenfell Tower fire – despite claiming at the time that these were “up-to-date”.

Instead the council is conducting new FRAs for all its buildings which will “supersede the previous ones” and be published online by the end of the year.

On the day of the fatal west London fire in June, Mayor Philip Glanville said: “All of our buildings have an up-to-date fire risk assessment.”

However, the council has failed to provide a number of these FRAs to the Citizen, with Freedom of Information (FoI) requests rejected on the grounds the council would be publishing the FRAs itself.

Now the Mayor and the council have confirmed to the Citizen that there are “no plans” to publish previous FRAs.

A Town Hall spokesperson said: “For legal reasons the council cannot release FRAs that were undertaken prior to 2014.”

He added: “We are carrying out full, new FRAs on each council property in the borough. The new FRAs will supersede the previous ones and will contain information about anything that remains a risk from that time.

“We will publish all these [new] FRAs by the end of the year. This is above and beyond what the vast majority of councils are doing.”

FoI requests by the Citizen asking for FRAs for Hackney’s 181 medium and high rise blocks in every year from 2009 to 2017 have been refused by the council.

Kim Wright, the Town Hall’s housing chief, replied: “The information you have requested is exempt by virtue of Section 22 (1a) of the Freedom of Information Act.

“Section 22 (1a) states that information is exempt if the information is held by the public authority with a view to its publication, by the authority or any other person, at some future date (whether determined or not).

“In this instance, the council is in the process of reviewing all Fire Risk Assessments carried out on medium to high rise blocks and will be publishing them on our website in the coming weeks.”

In June, Mayor Glanville said: “All of our buildings have an up-to-date fire risk assessment. Any priority work needed following these assessments has been done and we continue to monitor fire safety through estate inspections and our estates officers.”

But the Citizen revealed earlier this month that a council property had not had an FRA for over five years, due to what the council claims was a “recording error” by the assessor.

This week, the Town Hall again blamed a bungling expert for putting the wrong date on another FRA.