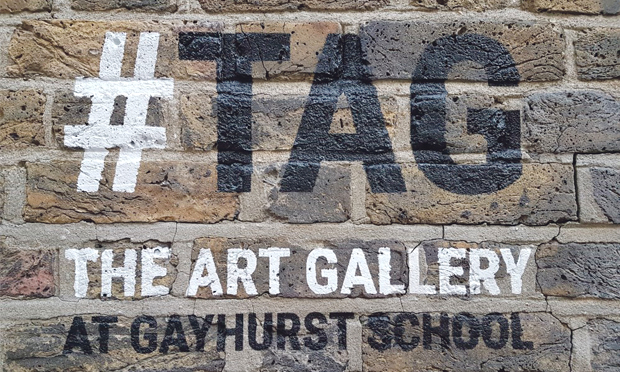 Hackney has long been home to some of the most cutting edge artists and Britain and around the world.

From greats like Turner prize-winning Dalston resident Rachel Whiteread, to rising star Benjamin Ogbebor, to the more than 600 studios that are used in Hackney Wick, the borough’s artistic pedigree is second-to-none.

And now schools have started getting in on the act. For the last year, Gayhurst Community School in London Fields has sought to inspire the next generation of artists in the borough by setting up The Art Gallery, or #TAG.

#TAG, which inhabits a stand-alone building on the school grounds, was officially opened last November, with a premiere exhibition of pottery called “The Roman Multiples”.

The themes of the three annual exhibitions tie in with subjects that the children in Year 1 and 2 are learning.

But the latest exhibition had a decidedly political twist, and even opened on 8 June – general election day. 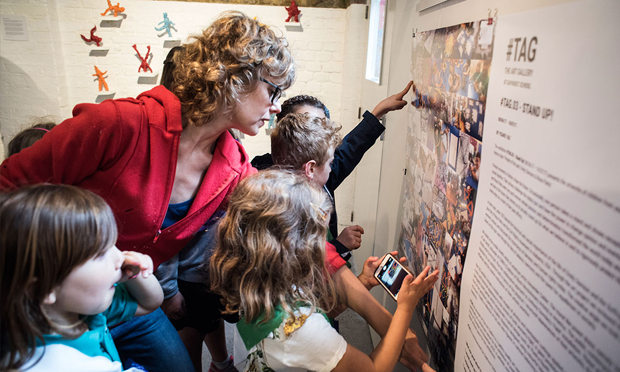 ‘Stand Up’ – the exhibition in progress

Titled “Stand Up!” and with pieces made in workshops done with Art Hoppers, a team of local community art educators, it was based on civil rights struggles on both sides of the Atlantic.

The children had been learning the topic “People of the past: Emily Davison & Rosa Parks”, which charted the historical and social importance of British suffragette Davison and American civil rights activist Parks.

Davison fought for votes for women in the UK in the early 20th century, was arrested nine times and was force fed while in prison. She tried to attach a suffragette banner to King George V’s horse, Anmer, on the home straight of the 1913 Epsom Derby, but was hit by the horse and died.

The “first lady of civil rights”, as Parks became known, refused to obey an order to give up her seat to a white passenger on a bus in Alabama in 1955. The subsequent Montgomery bus boycott became a symbolic part of the nascent civil rights movement, and Parks was hailed as a black hero in the United States.

Children were encouraged to review the impact of both women’s actions and discuss the importance of fairness and human rights while making their art. 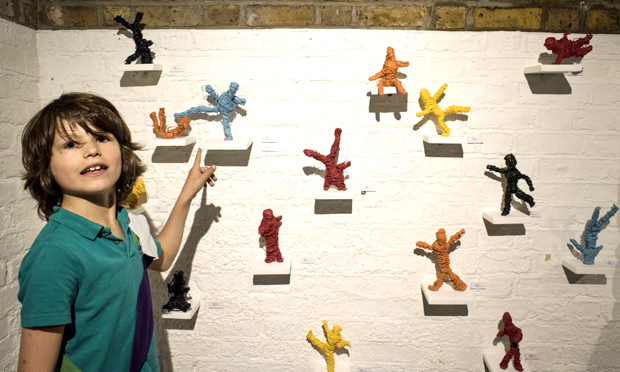 They invited family and friends to see their work at the launch, and were dressed in suffragette sashes while serving up food in the suffragette colours of purple, white and green.

Paul Teeling, a Year 1 teacher and Gayhurst creativity lead, said: “It is great to see the children’s artwork in such a professional setting. Every child’s work is represented in the exhibition which is very important.”

Iddy, a Gayhurst pupil, said: “I liked seeing everybody’s artwork, because it showed me what they thought.”

Bobby, one of her classmates, added: “I went to the art gallery and I loved seeing my work, since I did hard work on it.”