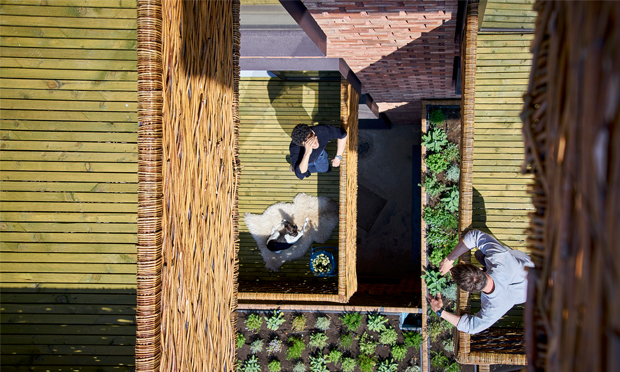 The architects behind a Hackney building with wicker basket balconies are “extremely happy” after it was nominated for a national award.

Barrett’s Grove, a block of flats in Stoke Newington designed by Groupwork + Amin Taha Architects, is one of six developments to be shortlisted for the
2017 Stirling Prize.

The prestigious award, run by the Royal Institute of British Architects (RIBA), recognises the best buildings in Britain from the past year.

One of the brains behind Barrett’s Grove, architect Amin Taha, said: “We were all extremely happy to be nominated for an RIBA National Award after having already received their London Regional Award. Stirling has left us speechless. Of course, we’re smiling – but we’re still speechless.” 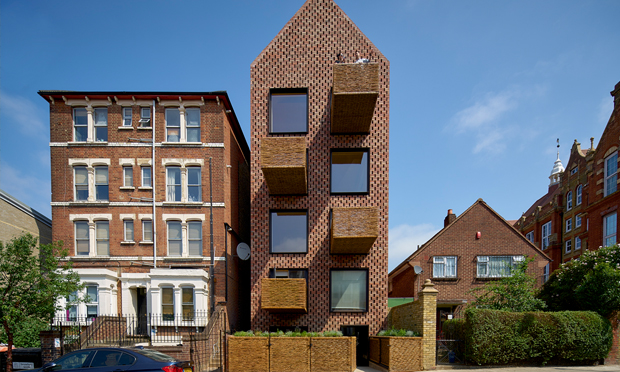 Taha said Hackney Council’s “shrugging scepticism” over building projects in certain areas of the borough meant he could let his imagination run wild: “Our first project in Hackney was actually on Broadway Market in 2002, when even the planning department at that time were warning us and our clients off the area.

“The council said no private buyers would come, and if they did they’d be mugged. It was extraordinary advice and, of course, those people have moved on, as has the whole borough.

“Even then Hackney was known for having the highest number of creatives per square kilometre in Europe, and that, combined with the shrugging scepticism of the planning department back then, freed the scope of our and our client’s imaginations. The borough has continued to build on that.”

When asked what holds up the building’s eye-catching wicker balconies, Taha joked: “I wish I could say 1,000 balloons. Unfortunately, it’s a far more sensible steel large cage that acts as a cantilevered truss.”

Taha said the fact that the building is made from cross-laminated timber is just as important as the balconies: “Apart from making construction for housing so much simpler and cheaper, it saves on materials and time on site and, in turn, reduces the carbon footprint of construction considerably. 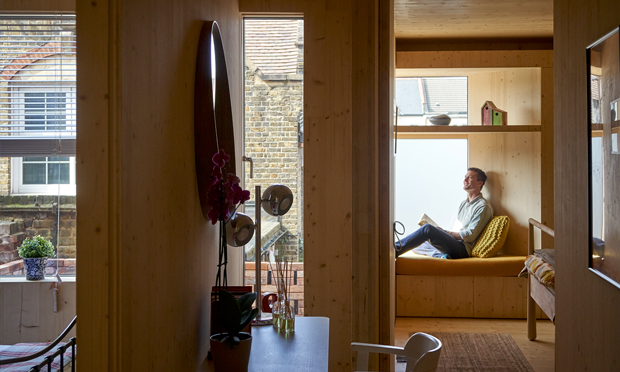 Inside one of the apartments. Photograph: Tim Soar

“In short, it shows us how to make housing affordable and hopefully appropriately domestic and charming.”

The Stirling Prize judges said: “Barrett’s Grove is a characterful building in a disjointed urban street. Its adjacency to a primary school is a fitting location for a house built with the fairytale materials of brick, wood and straw.

“Inside, the building holds a series of generously proportioned, well-lit apartments; each with a wicker basket balcony that sticks out proud and far, like a salute to passers-by.”

The winner of 2017 Stirling Prize will be revealed in a ceremony at the Camden Roundhouse on October 31.