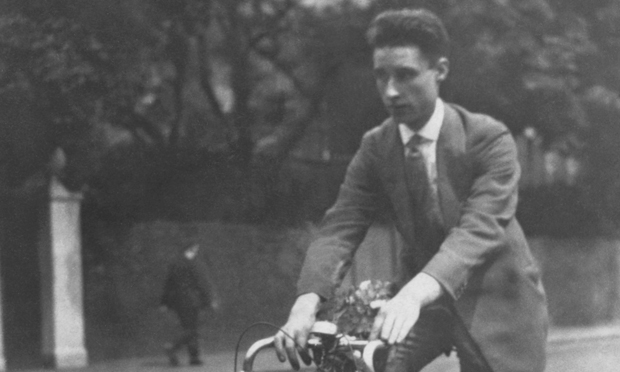 With the surfeit of East End nostalgia books on which we have been gorging these past few years, the bar has been raised.

Most such volumes deal with the post-war period, whereas Stan Jasper’s memoirs of his life as a destitute child and his subsequent career as a cabinet maker are of interest for the vivid picture they paint of early twentieth-century Hackney.

A Hoxton Childhood takes us back over a hundred years to London on the brink of the First World War. The text was first published in 1967 and 1968 in a periodical called Profile brought out by the Hackney Borough Library Service; it then appeared in book form in 1969.

This reprint is a nicely bound hardback illustrated with woodcuts – originals from the 1969 edition of A Hoxton Childhood and specially commissioned new ones for The Years After, which is appearing in print for the first time.

The narrative begins in 1913 when the narrator, Stan Jasper, is eight years old. Stan is close to his long-suffering mother and his two elder sisters, but estranged from his alcoholic father. The rhythm of his life is set by his father coming home drunk and ‘creating’ only to be held back by his formidable mother with arms ‘like muttons’. 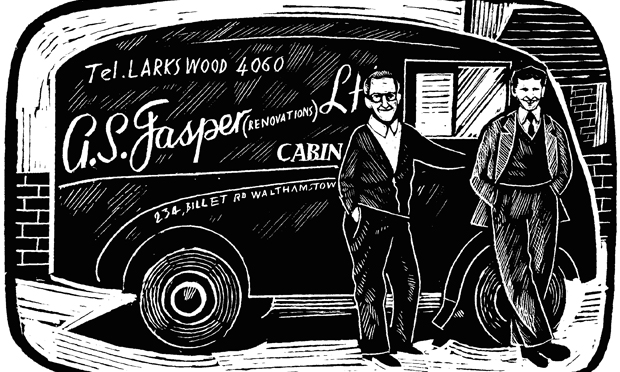 The first thing that strikes the reader is the Dickensian struggle for food that occupies much of the waking hours of the Jasper family. The cause of this predicament is as banal as it is poignant – the father drinks virtually all his wages, leaving his wife and six children to manage as best they can on income they cobble together from sewing, factory work and odd jobs.

We learn that even when he wed, the emergent patriarch had offered his bride a brass ring, saving what cash he had for his own gullet.

Meals consist largely of bread and jam or marg, and on occasion these aren’t consumed until the children have succeeded in selling a bonnet fashioned over the course of a day’s sewing. Mashed potatoes with onions is a special treat. 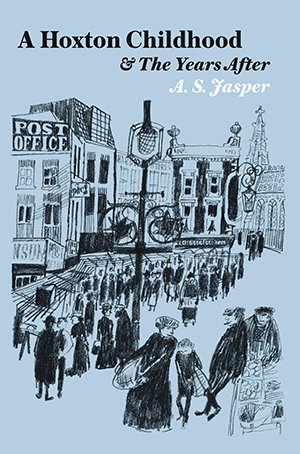 Serial non-payment of rent means that the family is constantly on the move; their belongings loaded into a hired wheelbarrow and carted off to the next set of rented rooms. The solution to their woes almost always seems to involve pilfering – chiefly from the workplace, but also from each other. Jasper père withholds any money he comes by – legally or illegally – and the other family members take advantage of his frequently inebriated state to extract coins from his person.

The Years After, which spans approximately 40 years from 1926 onwards, is of less interest, as it lacks the detail of the earlier account. By the time the narrative starts, Stan is married and beginning a career as a cabinet maker which sees him rise to be owner of a factory, via a stint as assessor for the War Damage Commission. He describes himself as having a ‘militant nature’ and he shows a keen concern for working conditions.

Though the interest in this volume is sociological rather than literary, the duo of memoirs provide a rare first-person insight into a time when the welfare state was but a twinkle in the labour movement’s eye, and Hackney was a place where boys stayed home from school for lack of shoes.

← It should take just ‘two days’ to test cladding, says former council health and safety officerBroadway Market’s most enigmatic furniture shop: we talk to the shopkeeper/owner of Broadway Retro →