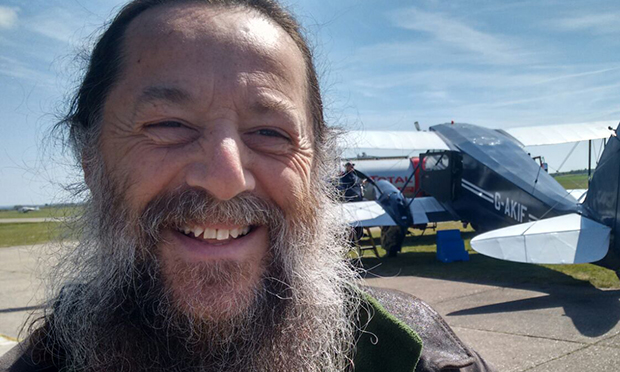 A recently retired health and safety officer says it should have taken only “two days” to test the flammability of cladding and insulation on council tower blocks.

The Town Hall said last Friday that its staff and independent experts from Cladtech Associates would be testing the cladding on these buildings “over the coming days and weeks”.

But Garry Saunders, who worked for Hackney Council until the end of last month, says bosses should have known within a couple of days which of their 181 mid and high-rise tower blocks contain flammable cladding or insulation.

He said: “Even one week is more than enough time. If you start on a Monday, you send people to all the blocks in the borough to look at whether or not they are clad. If that means taking people off other jobs, then that is what you do. This is work of the highest priority.

“By mid-afternoon, the council would know which blocks have cladding. Then all you need to do is remove a little chunk of the cladding and insulation and put a flame to it. By the end of Tuesday, they should know which of those blocks contain flammable materials. It’s quite simple and a good starting point.”

A spokesperson for Hackney Council confirmed to the Citizen today that 35 of its 181 estate blocks contain “some type of cladding including external wall insulation”, but did not say for certain whether or not the materials used are fire resistant.

The council has decided to commission independent cladding tests in an effort to further reassure residents. The spokesperson did not give an exact date on which this testing will start, but said today it “will begin this week”.

It is now 13 days since the Grenfell disaster on 14 June.

Mayor Philip Glanville has already confirmed that none of Hackney’s council-managed estate blocks use the same rain-screen cladding as Grenfell, which contained Aluminium Composite Material (ACM) around a polyethylene core.

Building materials company Celotex this week halted supply of its RS5000 insulation, which was also used in Grenfell Tower, after it was revealed to be flammable.

Saunders said: “Hackney may use different cladding, but the insulation might be the same, and if so, it will be flammable. That’s why the council needs to know which blocks have cladding, and which cladding or insulation contains flammable materials, as soon as possible.”

The chartered health and safety practitioner did praise the council for its response to the Lakanal House fire in 2009, which killed six people.

Saunders was involved in making sure Hackney was following the recommendations in the 2013 coroner’s report into the tragedy, and said the council, at the time, was already implementing most of them.

He also said Hackney does a lot more than other housing providers in terms of fire safety, highlighting the fact that risk assessments for all council estates are up to date.

But Saunders added that there are still other important factors for the council to investigate, including what type of window frames are used in each of Hackney’s estate blocks.

He said: “Lakanal and Grenfell had plastic window frames, which obviously melt in the event of a big fire. They then expose the cladding and insulation. There is also the danger of bits of molten plastic dropping away and entering the air vortex around the tower. If any flats below have open windows or curtains, you can guess what might happen.”

Commenting on his decision to come forward, Saunders said: “They [the council] probably won’t be very happy with me, but in my opinion, if they have not already completed the cladding tests, they’re taking too long. This is an important issue councillors should be raising with Tim Shields because he is the Responsible Person for fire compliance.”

A spokesperson for Hackney Council said: “The Department for Communities and Local Government (DCLG) requested that a particular type of cladding made of ACM be sent for testing.

“We responded to the DCLG stating that we do not have this type of material on our estates after reviewing our records and undertaking a visual inspection of cladding of Council-managed blocks in the borough.

“We want to provide added reassurance to residents, that is why the cladding on estates will be independently tested and fire safety checked as part of our fire safety review.”

Do you have any information about fire safety in Hackney? Email editor@hackneycitizen.co.uk