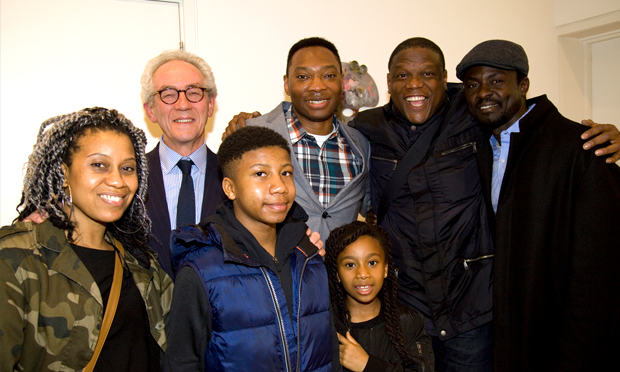 Hackney can claim a new name in fine art as its own, as Benjamin Ogbebor captured the Ruth Borchard Prize this past Wednesday 17 May – in process, beating out established artists like Tracey Emin, Harland Miller, and Ishbel Myerscough.

His winning piece, which you can see below, is entitled Self Portrait II, and was chosen by a panel that included the son (Richard) of author and self-portrait collector Ruth Borchard, after whom the award is named.

Panel member and critic Charlotte Mullins told of why Ogbebor stood out: “It captures not only a near-forensic likeness in limpid detail but also a sense of the spirit within – we sense a steely determination behind those focussed eyes, that resolute jaw.

“The quiet clarity of the overall painting is mesmerising.” 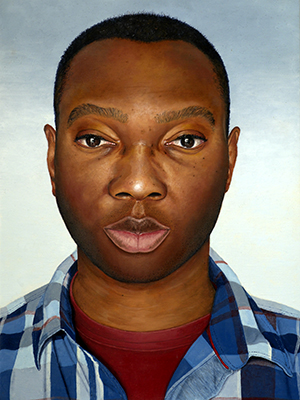 Self Portrait II by Benjamin Ogbebor. © the artist

Ogbebor was born in Hackney, but moved to his parents’ native Nigeria when he was 3. Upon returning to East London in his early 20s, he attended nearby Tower Hamlets College before getting a first in Graphic Fine Art from the University of East London.

The overall winner was whittled down from a shortlist of 120 unique examples of portraiture – from 16-year old A level student Grace Brumpton’s ‘selfie’ style oil painting Millennial Babies to 81-year old Maria Pinchof’s Left Handed Self Portrait (‘inspired’, if you can call it that, by a break to her usually used right arm.)

An exhibition of these 120 pieces will run at the at Piano Nobile’s Kings Place gallery, just north of King’s Cross station, from 18 May to 22 September 2017.

Benjamin Ogbebor has actually featured once before in the shortlist for the prize, and this first attempt, Self Portrait from 2015, is available for sale for £15,000 on the Piano Nobile website.

His website makes it clear that his oil painting abilities are entirely self-taught, drawing inspiration from the Renaissance, Baroque, African art, and Expressionism.