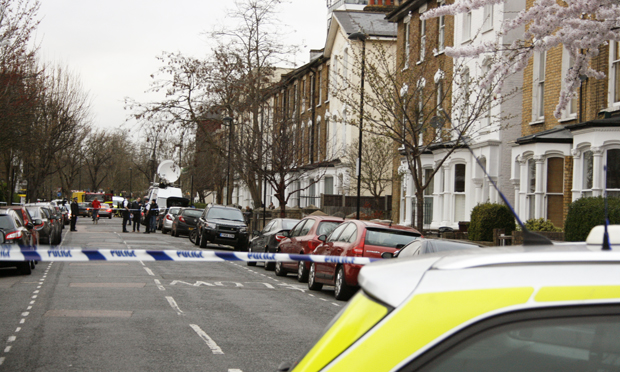 The road was still cordoned off this morning. Photograph: Hackney Citizen

Police have charged a man with murder following the death of a one-year-old boy in Finsbury Park.

Bidhya Sagar Das, 33, of Wilberforce Road, is to appear at Thames Magistrates’ Court today after being charged with the boy’s murder and the attempted murder of a girl of the same age.

Officers were called to a flat on Wilberforce Road just after 11pm on Saturday and found two critically injured toddlers.

The children, believed to be twins, were rushed to hospital, where the baby boy sadly died in the early hours of Sunday morning. The girl remains in critical condition.

A post-mortem is due to take place today.

Scotland Yard said it believed the incident was “domestic” amid unconfirmed reports that Mr Das is the children’s father.