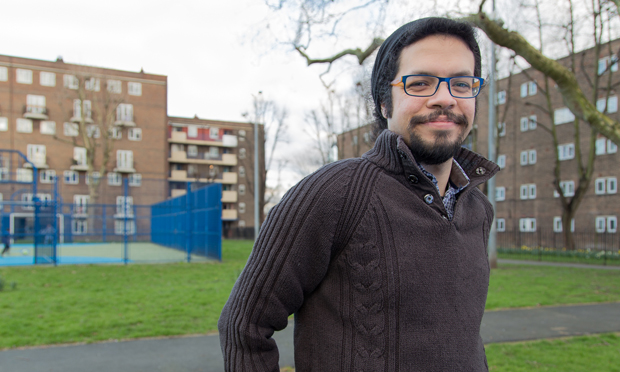 Politicians and parents have condemned the government for spending billions on free schools while headteachers across Hackney face an “increasing funding crisis”.

National Audit Office (NAO) figures show schools in the borough are set to lose over £11 million of funding in real terms by 2020.

According to Unison, one of several trade unions leading a joint School Cuts campaign, Hackney will be the fifth biggest loser in the country.

Mossbourne Academy is one of the worst-affected schools, with a projected 14 per cent to be wiped from its budget by 2020 – roughly the cost of employing 23 teachers.

Hackney Greens spokesman Samir Jeraj said: “We’re backing the trade unions’ School Cuts campaign because we are very concerned about the impact these cuts will have in Hackney. Such vast cuts in real terms cannot fail to have a negative impact on pupils, in a system that is already under pressure.

“These cuts are particularly hard to stomach as the Chancellor announces millions of pounds of funding for free schools and Theresa May’s grammar schools vanity project. We must invest more in state education and create an equal system for all.”

Hackney parent Catherine Maguire is worried about the consequences of further cuts for her children’s school, Benthal Primary. She said: “The school is already juggling increasingly limited resources and has not been able to replace teachers who have left, or employ supply teachers to cover when staff are absent.

“The government’s cuts will mean that, on top of this, Benthal stands to lose funding which is the equivalent of nearly half its current teaching staff. It is not an exaggeration to say this will be devastating to the school, its children, staff and the local community.

“These cuts will hit schools in the most deprived areas like Hackney the hardest, undoing in one foul swoop the amazing work that has been done over the past 10 years.

“As a parent I just can’t see the fairness or logic in such cruel cuts when the government seems to be able to find money to throw at free schools.”

The Department for Education (DfE) has also announced proposals to change the national funding formula, which it says currently favours London schools, from 2018.

The formula is used to work out how money from the dedicated schools grant is divvied up among local authorities, and those in the capital are set to lose out.

Marija Milosavljevic, who heads up the parent-led Fair Funding for All Schools campaign, said: “The plans mean taking even more money away from half the schools in the country to give to the other half, while the whole pot keeps shrinking. That’s not fair or sustainable.

“Parents are not going to take this lying down. We are calling on the government to protect per pupil funding in line with manifesto promises and to make sure no school loses out from the national funding formula.”

A February report by the NAO on capital funding found the government needs to spend £6.7 billion to bring all school buildings in England and Wales up to a satisfactory state.

Auditors questioned the value for money of the DfE’s pledge to construct 500 free schools by 2020, saying £2.5 billion is required just to buy the land on which to build them.

Hackney MP Meg Hillier, who chairs the Public Accounts committee, said: “The DfE is choosing to open new free schools in areas which do not need them and are failing to fill places.

“This is taxpayers’ money that could be used to fund much needed improvements in thousands of existing school buildings.”

A DfE spokesperson said: “As the NAO acknowledges, we have made more school places available, and in the best schools.

“The free school programme is a vital part of this – more than three quarters of free schools have been approved in areas where there is already demand for new places and the vast majority of those inspected are rated good or outstanding by Ofsted.”