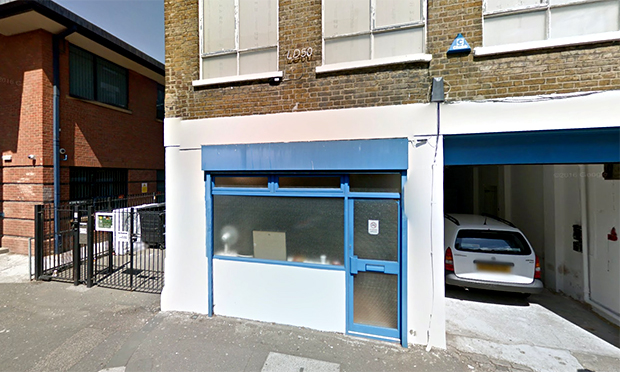 A successful US businessman has today distanced himself from the controversial Dalston art gallery, LD50.

The Tottenham Road gallery is funded in part by a loan made by the businessman, Brian Caffyn, to its owner, Lucia Diego.

The gallery has come in for heavy criticism since it emerged that last summer it hosted a series of speakers associated with the so-called alt right and neoreactionary movements. Speakers included Brett Stevens, an avowed supporter of white supremacist Norwegian mass-child-murderer, Anders Breivik.

A protest on the corner of Tottenham Road and Kingsland Road is planned for the morning of Saturday, 25 February, by a group calling themselves “Shut Down LD50”. Organiser Andrew Osborne has warned of the “culture of hatred” being promoted by speakers at the gallery, and has accused Ms Diego of “promoting hate speech.”

A counter-protest – billed as an “AntiAntifa” action – has been set up to “demand free ideas in London”. The organiser of the action claims to be Michael Anissimov, the author of A Critique of Democracy, a book published in 2015 “with an emphasis on academic studies and condensed arguments refuting key aspects of the case for democracy”.  Anissimov claims to have turned down an invitation to speak at LD50 alongside those described as “venerable ‘alt-right’ figureheads.” However another account purporting to be Mr. Anissimov tweeted a denial that the initial organising Tumblr post was authored by him.

someone is literally pretending to be me on tumblr wtf. lol https://t.co/5fIWIL5N31 pic.twitter.com/QpbXqpcVtq

how can I “form a counter protest” to antifa in London when I live in Berkeley, CA and scarcely ever travel out of California

Finding himself caught in the middle of this increasingly venomous row is Hong Kong-based businessman Mr Caffyn, who has extensive interests in the energy sector, particularly in the field of wind and solar power. His LinkedIn page describes him as co-founder and CEO at UPC Renewables Indonesia.

In annual accounts for the year 2014-15 filed at Companies House last year, the gallery reported that, in order to remain a going concern, it was “reliant” on a loan provided by Wind City Inc., a company incorporated in the state of Delaware and headquartered in Miami. Mr Caffyn controls Wind City Inc.

Informed by the Hackney Citizen of the rapidly-escalating situation surrounding LD50, Mr Caffyn declined to comment, save to deny any interest or involvement in the gallery’s activities. He explained that he had made the loan disclosed by the gallery purely to help his friend follow her art dream.

That is a dream from which Ms Diego would appear to have been woken abruptly in recent days, causing her to decry “the exceptionally aggressive, militant and hyperbolic reaction” which the gallery’s association with the ‘alt-right’ has provoked.

← Pay what you want on selected items at GreatArt!Warming up the Wick: community’s charity coat rack heats up →