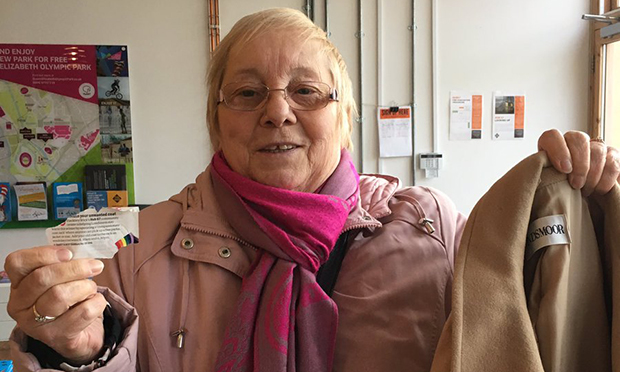 Warm hearts: people come from all over to donate their wares. Photograph: Katherine Igoe-Ewer

A group of volunteers in Hackney Wick are spreading the warmth by handing out coats to people in need.

The Compassionate Coat Rack outside Hub67, a community centre on Rothbury Road run by the Yard Theatre, launched just eight weeks ago.

It has already received donations from across the UK, including 40 coats from staff at Hackney Council. One woman travelled all the way from Kent to drop off her unwanted jacket in person.

The project was inspired by an initiative in Budapest started by a man named Gerlóczy Zsigmond, who had the simple goal of providing free coats to people without them. There are now more than 40 coat points, or szabadfogas, across Hungary’s capital.

The Yard Theatre’s Katherine Igoe-Ewer said: “We have a local group in which residents share ideas, and a young woman from Hungary called Zoé Nemes wanted to start something similar in Hackney Wick.

“We were really excited by the idea and so we set up with our own rail of coats and sleeping bags.”

The Compassionate Coat Rack has also announced a partnership with local YouTube sensation TheHoxtonTrend, whose fashion reviews are watched by thousands. He will be dropping off winter clothing at homeless shelters throughout the borough.

The coat rack can be found at 67 Rothbury Road outside Hub67, which is open from Monday to Friday between 10am and 6pm.