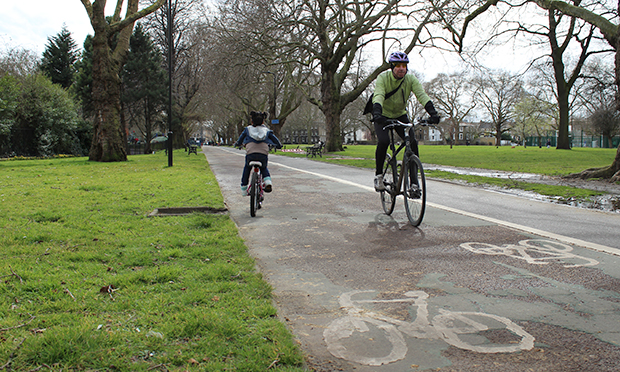 The success of a traffic safety trial in Walthamstow dubbed “mini Holland” has lit the touch paper in Hackney, with campaigners accusing the council of “losing its nerve” over similar plans for London Fields.

Provisional results released this week show a 56 per cent reduction in the number of cars using key roads in the village – around 10,000 fewer vehicles a day – with an increase of 3 per cent and 11 per cent on two roads just outside the area, which opponents had worried would become increasingly congested.

#London #Fields consultation has 49% support for Opt.1 but #Hackney council recommends Opt.4 with no #space4cycling pic.twitter.com/yLfi7jQugF

Ben Alden-Falconer of Fume Free Streets said: “The resounding success of Walthamstow’s scheme – pursued by the council despite loud opposition and even a legal challenge – is further evidence that Hackney Council should have held their nerve and trialled similar proposals in London Fields.

“It wasted an opportunity to lead the way in improving the lives of its residents by cutting down motor traffic and its associated noise, dangers, and pollution – all with only minimal disruption to residential parking and with no significant traffic increase for roads not included in the scheme.

“Fume Free Streets believes the public consultation conducted this year did not support the council’s decision to introduce width restrictions, rather than a similar scheme to ‘mini Holland’.

“We will continue to campaign for area-wide reductions of motor traffic in London Fields, which can be achieved with fewer road closures than the initial proposals, with active provisions against traffic increases on peripheral roads like Richmond Road and help reduce dangerous pollution outside local primary schools.”

“A ‘mini Holland’ should be a lot bigger, in my opinion. The London Fields proposal was not a multi-million-pound scheme. Hackney is supposed to be the leading borough for cycling and walking, and this is an opportunity for Mayor Glanville to be much more ambitious.”

Kenyon also welcomed the results of Waltham Forest Council’s trial, saying: “It’s very interesting in terms of addressing people’s fears and concerns over what happens to an area when these types of schemes are implemented.

“Evidence is building that they are very beneficial, and Hackney is well placed to introduce its own ‘mini Holland’.

“The branding – calling it ‘mini Holland’ – is actually slightly misleading. People see the schemes as being for cyclists, but really they are town centre improvements that will help everyone.”

In its decision to go with width restrictions on Middleton Road, Hackney Council said it would “continue to work with local residents and cycling groups to investigate and identify further options and other measures to address the traffic and pollution issues raised during the consultation.”

The Town Hall recently introduced road closures around De Beauvoir Road and Wordsworth Road, and a spokesperson confirmed it is considering and implementing further schemes across the borough, with more to be announced in the near future.