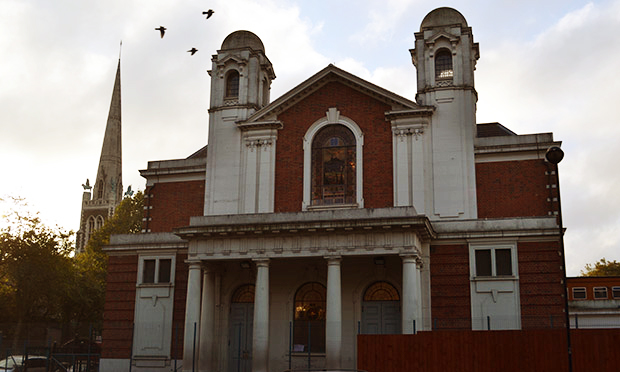 An unregistered Haredi Jewish school shut down after its pupils were taught “cultural and ethnic insularity” is continuing to operate under a different guise, it appears.

The school was officially shut by the government in January this year and was dissolved as a company in the same month.

However, three months later the Department for Education (DfE) opened an investigation to find whether the school had in fact closed.

Now it has emerged this probe is still ongoing seven months on – suggesting the government suspects the school is in effect still operating in defiance of its order.

A Hackney Council source has described mounting frustration inside the Town Hall at the lack of progress made since 2012, when education watchdog Ofsted first noted “major regulatory failings” regarding the curriculum and welfare of pupils at Talmud Torah Tashbar.

A source told the Hackney Citizen: “We are aware that these premises are still operating, apparently as a community centre.

“As a local authority, we have no powers of enforcement, but have shared information and continue to work with Ofsted and the DfE on the issue of unregistered settings.”

Jay Harman from the British Humanist Association, which campaigns against all types of faith schools, accused Ofsted and the DfE of “excuses” and called for action to be taken.

He said: “The failure of the authorities to close this school, and the many others like it that continue to operate illegally and in plain sight, is a national scandal.

“Every day that these schools remain open, thousands of children continue to be subjected to indoctrination and the denial of even the most basic learning beyond the study of scripture – the denial, really, of a proper childhood.

“It’s time for the excuses to stop and for the DfE, local authorities, and Ofsted to come together and ensure that these children receive the education that they deserve.”

A spokesperson for the DfE said: “The investigations are still ongoing into Talmud Torah Tashbar school, and therefore we’re not able to comment further at this stage.”

The Hackney Citizen has attempted to reach representatives of Talmud Torah Tashbar school but has been unable to speak to them.

There are understood to be 33 unregistered Jewish schools currently operating in Hackney.

A former pupil of one such school who wished to remain anonymous described the education he received as “to all intents and purposes a form of child neglect or child abuse”.

He said he grew up “without very basic skills, basic English, basic maths” and without an understanding of wider society outside of the Stamford Hill community.

There are thought to be about one thousand Jewish children being educated in unregistered schools in Hackney at any one time.

Every year more than 450 Haredi Jewish boys are in registered schools at the age of four, but this drops to about 50 boys by the age of 13.

Most girls from the community continue in state education until they are 16 years old.

When schools like Talmud Torah Tashbar are forced to close, parents often decide to home educate their children and send them to another unregistered institution for “supplementary” studies – a loophole the government is now trying to close.

In 2010 the council asked schools, both registered and unregistered, for information on pupil numbers. But following a legal challenge by parents, they were told to return that information for reasons of data protection.

“Under the radar” institutions like madrassas and Haredi Jewish schools were described as part of an “unmapped sector” by experts who gave evidence at a London Assembly meeting on the issue earlier this month.

Ghaffar Hussain, who previously worked for anti-extremist think-tank Quilliam and is now employed to bolster “resilience” to religious extremism in Newham, said no one knew the exact number of such schools.

“Elective home education legislation is so weak that we have very few powers for people that not only choose to take their kids out of school but don’t even register their kids at all, so that we’re not even aware those kids are being schooled anywhere.”

He said many unregistered schools “deliberately want to stay below the radar”, adding: “This applies to Jewish schools and Islamic schools in East London as well, because they do want to preach their particular conservative brand of religion, and they don’t necessarily want Ofsted marching in and objecting to certain elements of that.

“That, I think, is the real change – people who don’t want to be on the radar at all.”

Robin Merrett, head of operational oversight at the Mayor’s Office for Policing and Crime, said measures were being drawn up to “focus on unregulated education” as part of a Counter-extremism and Safeguarding Bill being put together in Whitehall.