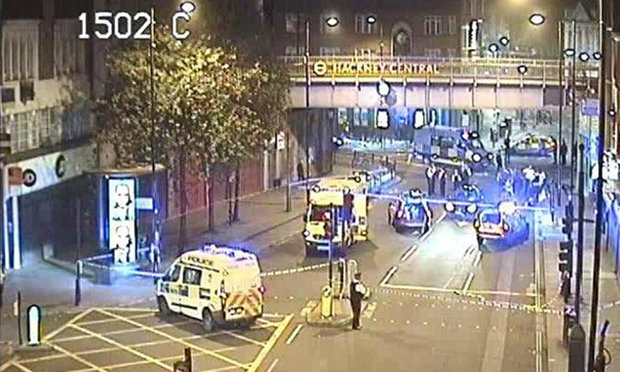 The 20-year-old cyclist suffered head injuries after being hit by a car earlier this month.

Charity the Hackney Cycling Campaign has called for the council to tackle what it has described as a “collision hotspot” at the north end of Mare Street.

“While we do not know the circumstances of the collision, we believe that this is a dangerous junction which needs urgent remedial action,” said Jono Kenyon of the Hackney Cycling Campaign.

“For years there have been clusters of cyclist collisions in this area, which should have indicated a need for change.”

A recent Hackney Cycling Campaign survey identified the north end of Mare Street close to the Town Hall as a “collision hotspot”.

“Hackney Cycling has flagged up problems about this area, including the very hostile conditions for people accessing the Narrow Way from the south, turning right across a busy road with poor visibility.

“We recently indicated to the council that we want to see progress made on plans we have seen,” said Kenyon.

“This collision hotspot, within yards of the Town Hall, needs urgent attention if Hackney is to become a truly safe and attractive borough for cycling.

“Without changes to hostile environments like this junction, we will continue to see terrible incidents like this.”

The Narrow Way was cleared of cars and buses to make it a special route for cyclists and pedestrians two years ago, but at either end of this now quiet street are busy and polluted main roads.

Hackney is often regarded as London’s cycling capital. A greater proportion of people cycle on its roads than in any other local authority area in London.

The council has set an ambitious target of more than doubling existing levels of cycling in Hackney by 2025 but acknowledges that collision rates currently put many people off using this greener form of transport.

Last year there were 249 casualties involving cyclists in the borough – including two fatalities, on Homerton Road and Amhurst Park.

The injured cyclist’s condition is now not thought to be life threatening or life changing, the Metropolitan Police last week confirmed.

The collision happened in the early hours on 15 October and the woman was originally thought to have been badly hurt, but she is now understood to be on her way to making a complete recovery.

The driver stopped at the scene, was not arrested and is helping police with their inquiries.

Councillor Feryal Demirci, the politician in charge of Hackney Council’s cycling strategy, said: “We are relieved to hear that the cyclist involved in the collision on Mare Street is due to make a full recovery.

“We are committed to improving road safety in the borough, including redesigning this junction as part of the Narrow Way improvements.”