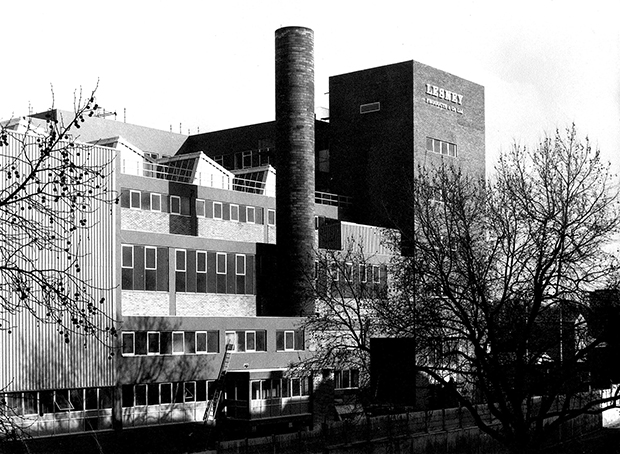 For many grown men Matchbox toy cars evoke childhood memories of afternoons spent driving over mountainous sofas and screeching around table-leg bends. For others, bargain hunters and boot-sale stalkers, they can now mean five figure sums.

Yet in a new book, motoring journalist Giles Chapman reveals the key to the success of these miniature must-haves was the army of Hackney women hired by Lesney Products – the firm behind Matchbox toys – to produce them.

With bonnets, boots and windows that opened, as well as diggers and trucks with off-loadable cargo, Matchbox’s attention to detail meant that by the 1960s their fleet of miniature cars was at the top of every boy’s Christmas list.

And with rising demand came a domination of Hackney’s industrial landscape.

By 1959 Lesney appeared to occupy just about every existing building in Eastway by Hackney Marshes.

But Lesney’s crowning glory, a result of Matchbox’s success, was its gigantic factory, which until 2010 stood proudly beside the canal on Lee Conservancy Road by Mabley Green.

Completed in 1963, the imposing concrete giant became an instant local landmark. By 1966 its workforce stood at 3,600 and, Chapman notes “was easily the largest employer in the borough of Hackney”.

With a brand new factory and demand at an all-time high, Lesney needed labour and they found it in the armies of local women who worked full and part-time on the assembly lines.

The pay was competitive and, Chapman says: “Leslie Smith, the director of Lesney, came up with a novel brainwave to make sure the Matchbox conveyor belt would never be wanting for nimble assembly hands”.

Perks of the job

To entice the women of Hackney to join the Matchbox ranks Lesney bought a fleet of redundant buses from London Transport, painted them in Matchbox’s trademark blue and yellow colours and offered free transport to and from work, as well as help with the school run for their children.

Chapman adds: “Unsurprisingly with this perk, there was never any shortage of potential employees despite the fact that such tasks as assembling the vehicles, applying the stickers and packaging the final products, can’t have been anything but deathly dull.” 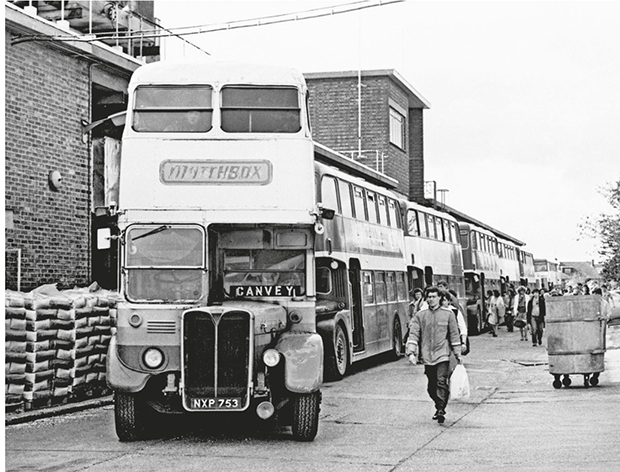 Transport hub: Buses used by Lesney to transport its workforce

Yet camaraderie and a good working atmosphere prevailed in the Lesney factory.

Len Mills, a former tooling and engineering manager recalled: “It was like a family. Lesney was not so much a job as a way of life.”

In 1967 Lesney, with the help of its largely female workforce, was awarded its place in The Guinness Book of Records when its annual output reached 100 million models and by 1969 output had soared to a million units a day.

Alan Anderson, whose mother Mary took up a part-time job at the factory in the mid-1960s, recalls her setting off for work each night after he’d come home from school and had his tea: “Her job was in effect quality control. Dud ones were binned but quite a few fell in handbags, quite innocently I’d imagine.

“Often, however, fully-built cars found their way there, too. I think my nephews have them now, in a tailor-made Matchbox storage case. I shudder to think their worth due to sheer rarity if my brother and I hadn’t played with them!”

Though Lesney’s Matchbox range ceased production in September 1982, its legacy continues today, in the memories of those who played with them and for the collectors who are cursing the same boys for racing their miniature Mercedes along curbs and smashing them up whilst playing at rally racing in the mud. Coupé-d up: A Matchbox sports car