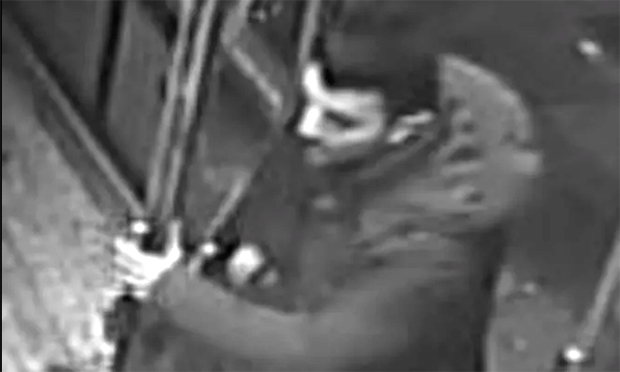 A man threatened diners with a knife before a second man opened fire at a Turkish restaurant in Hackney, police have revealed.

The dramatic attack took place at Macho Bistro on Dalston’s Kingsland Road at around 11.30pm on Thursday 21 April.

The first suspect walked into the restaurant armed with a knife and confronted two teenage males. He then fled on foot.

The gunman then searched for a bullet casing before escaping on a moped.

Police have released CCTV footage of the ordeal and appealed for anyone with information to come forward.

The first suspect is described as around 16 years-old, 5ft 8in tall and possibly Turkish.

He was wearing a black t-shirt, black or blue ‘Puffa’ style jacket and blue denim jeans. He also had a distinctive silver ring with a black stone on the ring finger of his right hand.

The second man is described as a young male, 5ft 8in tall and wearing a white motorcycle helmet.

He was dressed in a grey hooded top, grey jogging bottoms and a black jacket. He was riding a grey coloured moped.

Anyone with information is asked to contact police on 101. To remain anonymous, call Crimestoppers on 0800 555 111.