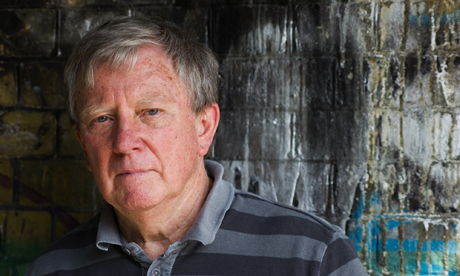 Colin O’Brien, the celebrated London photographer who chronicled the lives of ordinary people in Hackney and the East End, has died.

Brought up by his working class Irish family in Victorian dwellings in the 1940s in Clerkenwell, the area of Islington that was at that time a thriving “Little Italy” owing to the large number of immigrant families from that part of Europe, O’Brien moved to Hackney in around 1990.

A few years earlier he had shot a sequence of photographs of Irish Traveller children in London Fields – a project that was typical of his area of interest; he liked to say that while Don McCullin photographed war and David Bailey concentrated on the rich and famous, he stayed at home and turned his lens on the everyday lives of his ordinary fellow Londoners.

The Travellers’ Children series was published in 2013 by Spitalfields Life Books and the volume of photographs was followed up by London Life, described as a kind of biography of the capital post-1945. The book documents many changes locally, for example the demolition of high rise flats at Hackney Downs.

O’Brien’s passion for photography came young. Interviewed by the Hackney Citizen three years ago, O’Brien said he had had one favourite toy as a child, a Kodak Brownie Box camera that he had happened upon by chance amid some junk in a house he and his family had moved into.

Friends have described how he continued taking photographs right up until his sudden and unexpected death last Friday.

A tribute to O’Brien on the website Spitalfields Life, anonymous writer The Gentle Author, a friend of the photographer’s, wrote: “My admiration for Colin’s genius only increased over time. The sheer volume of his work between 1948 and 2016 is monumental – I believe his achievement in photography is unique and incomparable, and I know he was one of the great masters of our time.”