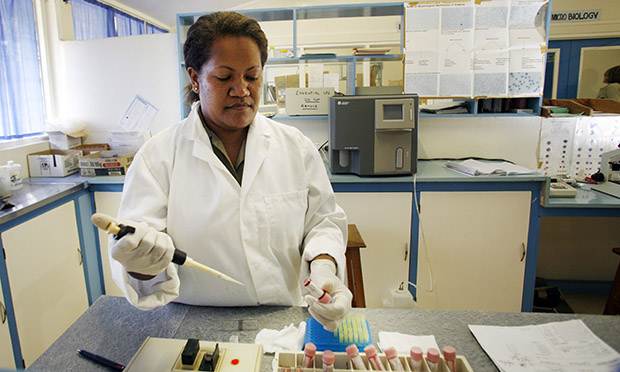 A health watchdog is holding a public consultation on the future of Homerton Hospital’s pathology lab amid fears it might be privatised or moved outside the borough.

Healthwatch Hackney has called the meeting for 6 September after an online petition to save the hospital’s “excellent” pathology services gained over 3,000 signatures earlier this year.

Work on transforming the hospital’s exisiting pathology department into a new three-storey facility began in 2014.

But Longcross Construction Ltd, the building firm contracted to carry out the work, went bust in June 2015, leaving the hospital without the updated service and £2 million of costs.

Campaigners were concerned this could spell the end for the hospital’s existing facility, fearing it could result in privatisation or outsourcing.

“Most of the Hackney residents who tell us about the service they have had at the Path Lab have said it has been excellent”, said Paul Fleming, chair of Healthwatch Hackney.

“As a result, we and other patient groups are extremely worried about it disappearing out of borough or being privatised. Patients tell us they think it will adversely affect their treatment. So we have organised the meeting so local patients can ask Homerton Hospital directly what options they considering and to have their say”, he added.

A spokesperson for Homerton University Hospital NHS Foundation Trust told the Hackney Citizen in April that “all options” were being considered.

“We have commissioned external experts to review the options for the delivery of our pathology services,” the spokesperson said.

Healthwatch Hackney is calling on residents and patients to air their views at meeting, which is taking place at St Joseph’s Hospice Education Centre.

The options to be discussed will include extending the current pathology lab at the Homerton, outsourcing the lab to a private company, or locating the lab outside of Hackney borough.

Some pathology services for Homerton patients are already provided by other NHS Trusts.

This article was amended at 12:10 on Monday 22 August 2016, to add a statement from Chair of Healthwatch Hackney, Paul Fleming – Ed.