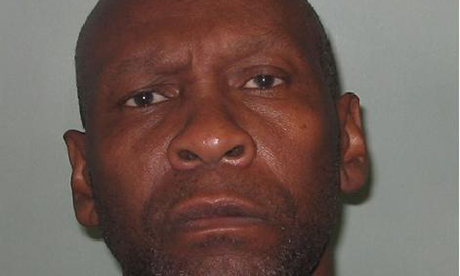 A Hackney man who murdered his partner and 22-month old daughter in a “horrific” attack has been sentenced to life in prison, following a trial at the Old Bailey.

Valerie Forde, 45, was brutally attacked with weapons including a hammer, machete and screwdriver by Roland McKoy, 54, after she ended their 18-year relationship.

McKoy then used the machete to slit the throat of his 22-month old daughter, Real-Jahzara McKoy.

The court heard that after the couple’s relationship broke down, Ms Forde, a centre manager for the Hackney Marsh Partnership, told McKoy he must move out of their home in Oswald’s Mead by 31 March, 2014.

That morning McKoy refused to leave. Ms Forde called her eldest daughter who heard shouting and then screaming and called police.

When the police arrived and forced entry into the house they found Ms Forde, Real-Jahzara and McKoy on the third floor.

Ms Forde and her daughter were visibly injured and had stopped breathing.

McKoy was lying in a foetal position on the floor next to a hammer, machete and screwdriver. He had minor self-inflicted wounds plus internal injuries from drinking household bleach.

The court heard that McKoy had attacked Ms Forde with the hammer, striking her head at least 17 times. He had slashed her face and neck with the machete and stabbed her with the screwdriver. He also used the machete to cut his daughter’s neck.

The couple’s relationship began to deteriorate in 1999 after Ms Forde discovered McKoy was still married to another woman, by whom he had two children.

Investigating officer DCI Charles King said: “Research has shown that women are at greatest risk of homicide at the point of separation or after leaving a violent partner.

“What Roland McKoy did on that day in March almost defies belief, but it is a stark warning that extreme violence within such relationships is a very real possibility.”

Ms Forde’s family said today: “No matter how many years he receives it will not bring Valerie and Jahzara back. The pain will still continue for our family for the rest of our lives.

“His actions have destroyed the lives of Valerie and Jahzara’s family, friends and the wider community in Hackney.”

Mrs Forde had previously told police that McKoy was threatening her. Following the murders, the Independent Police Complaints Commission are now carrying out an investigation.

McCoy was today (17 December) sentenced at the Old Bailey to life imprisonment, with a recommendation he serve a minimum of 35 years.