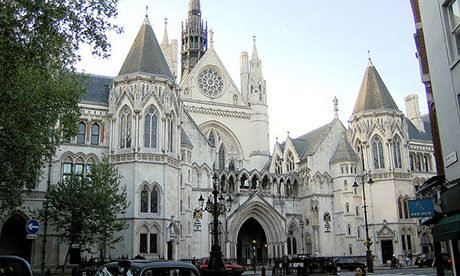 ‘Affordable rents’ on new housing in Hackney could be higher in future, after legal action against Boris Johnson failed.

Nine councils, including Hackney, lost a High Court case against the Mayor of London’s moves to redefine subsidised housing.

Currently social rents are typically fixed at 30-40 per cent of the market rate, but under Mr Johnson’s London Plan affordable rents can be up to 80 per cent of market values.

The change in rules applies only to new affordable housing being built.

Councils will be able to agree lower affordable rent levels with developers on a case-by-case basis – but in court they argued they would have little bargaining power to secure rents below the new 80 per cent limit.

The boroughs say rents at this level would be unaffordable for many people.

The councils are deciding whether to appeal the High Court ruling, made Tuesday 25 March.

In her judgment, the Honourable Mrs Justice Lang DBE said: “All parties agree that more affordable rented housing is needed in London, at levels below 80 per cent of market value, but they disagree about how best to realise this aim.”

She ruled that Boris Johnson had acted within his power and that the Mayor’s Plan leaves it open to boroughs to fight for lower rents on individual developments, particularly in developments that are not funded by the Mayor of London.

Jules Pipe, Mayor of Hackney, said: “This is a very disappointing decision. Hackney Council joined the fight against higher rents because we believe that councils are best placed to assess local market rents and what residents on low incomes can afford.

“We also don’t believe in a blanket redefinition of what is affordable social housing.”

Heather Kennedy, from campaign group Hackney Renters, said: “We’re seeing people being forced from council housing into the private rented sector with no support and totally unacceptable prices and housing standards. When you scratch beneath the surface this is partly to do with the shift from social to ‘affordable housing’, which in actual fact is anything but.

“We were pleased Hackney Council brought this legal challenge and very disappointed to see it defeated. How can Boris claim rents that are 80 per cent of market rents are in any way ‘affordable’ when we’ve seen market rents climb to eye-watering levels and the devastation this has wreaked on people’s lives in the form of homelessness, socially cleansed communities and more people in totally unsuitable housing? This redefinition of what ‘affordable housing’ means is callous and out of touch.”

The group encourage local authorities not to use the term ‘affordable housing’ in their communications, she said.

“Imposing individual rent caps would have significantly constrained financial capacity with the potential to shut down affordable housing supply.”

The Mayor’s team argue that there is nothing to prevent councils from investing their resources to further subsidise rents to a lower level.

A one-bedroom social rented property in Hackney currently costs £129 per week, while a three-bedroom home costs £159 per week.

The other councils participating in the action were Islington, Camden, Brent, Enfield, Greenwich, Lambeth, Southwark, and Tower Hamlets.

Hackney’s share of legal costs for the action have been £3,300 to date.