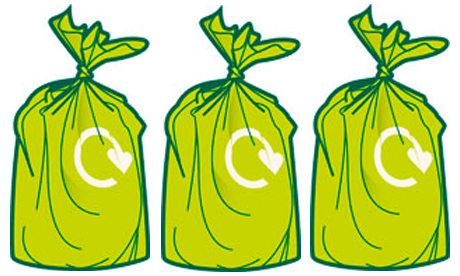 The recycling rate in Hackney has stalled, with little increase over the last five years, analysis of Council figures by the Hackney Citizen shows.

The figures come despite the introduction of ‘commingled’ recycling last March – which was supposed to boost the recycling rate.

The scheme saw boxes for recycling replaced by green sacks, which could be used for all dry recyclables.

Council figures show that the rate has remained largely static, at around 25 per cent, since the middle of 2009, however.

In the period October to December 2013 – the last period for which figures are available – 25.8 per cent of all household waste was recycled. This was marginally above rates achieved in the last three years, but still below a high of slightly more than 26 per cent achieved in early 2010.

The Council said that improving recycling was becoming increasingly difficult in inner London, with high density housing a barrier that urban areas faced.

“We have improved our recycling services to such an extent that we believe we now have one of the most comprehensive services in the country,” Councillor Demirci said.

“However, some residents are still putting lots of recyclable materials in their general rubbish bins. We are currently completing a participation survey so we can find out about the levels of recycling in different parts of the borough. We will use this information to target communications to encourage people to waste less and recycle more.”