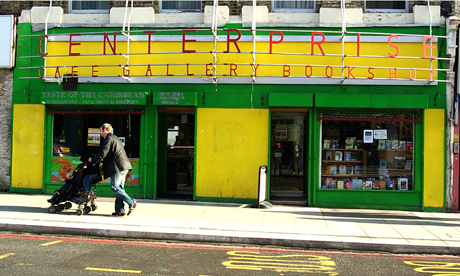 Centerprise bookshop and community centre in Dalston has been seized by Hackney Council as the two parties’ dispute over a rent hike remains unresolved.

Staff at Centerprise awoke on Thursday 1 November to find their home of 40 years locked and back in the hands of Hackney Council, despite an appeal being lodged against a court decision to close them down. 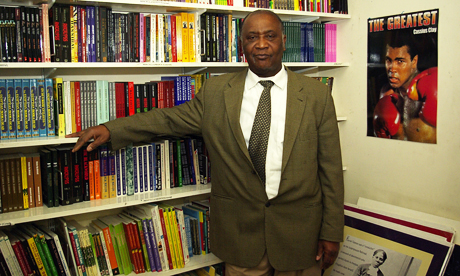 “They came like thieves in the dead of night to seize the property when no one was around,” said Emmanuel Amevor, CEO of Centerprise. “We have many valuables in the property and no inventory has been taken.”

“We hope everything is safe as we are talking of over four decades of Hackney’s black British cultural history. The trustees are currently taking legal action on the matter,” he said.

The Centerprise bookshop, cafe and meeting centre on Kingsland Road, Dalston, lost its court battle in October to stop Hackney Council upping its rent. It was ordered by London Central County Court to hand over the keys to the property within seven days and pay £50,000 rent the council say is outstanding from last June, plus the council’s legal costs.

Centerprise applied to the Court of Appeal for what they called a “stay of execution,” which they say the court accepted. The organisation was waiting to hear from the court to plan its next steps when the council took possession of the building.

Hackney Council’s move came hours before an African history and heritage event was due to take place on the premises. A new venue had to be found at short notice. Arthur Torrington CBE, Secretary of the Windrush Foundation, who was involved in the event, said: “I am angry at the way Hackney Council, a Labour council, has treated black Britons in London. What are the reasons for their anger and indecent actions? This Labour council should be ashamed of itself.”

He also asked that people write to Hackney’s mayor Jules Pipe to condemn the council’s behaviour. Several organisations and businesses who use the centre are planning a mass action against the council.

Speaking to the Hackney Citizen, Mr Amevor said: “We would like to take this opportunity to renew our commitment to the Dalston community and hope that a way could be found to end this lugubrious affair. The trustees will never give up in their efforts to have this monstrous iniquity redressed.”

“Centerprise is a vital resource for people of all races to learn more about black culture and black literature. Centerprise also performs an important function as community meeting place,” said Ms Abbott.

She added: “The big worry is that places like Centerprise, which is a fixture on Kingsland High Street, are irreplaceable in terms of its value to the community.”

In a statement to the Hackney Citizen, Hackney Council said: “Hackney Council has taken back the building at 136-138 Kingsland High Street. This was after Centerprise failed to comply with a Court Order requiring them to give up possession of that building by 23 October 2012. The Council has no intention of selling the building and it is committed to ensuring that it is used by a voluntary or community group to provide services to the people of Hackney.

“For many months Hackney Council committed to working with Centerprise to resolve this situation, but unfortunately despite our best efforts the Council was left with no other course of action.

“Centerprise did not have a current lease and had been paying a rent of £520 per year for the use of this building. That’s just 8p per square foot and significantly less than the subsidised rent rate of £4 per square foot. The Council has a responsibility to ensure that the tax payers of Hackney receive a fair rent for its buildings including 136-138 Kingsland High Street and given the great demand for buildings by the voluntary sector, that each group is treated equally.”

Note: this article was amended at 11.00am on Monday 5 November 2012 to include an updated comment from Hackney Council.