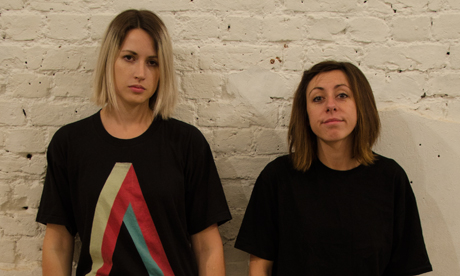 With government funding for the arts mostly dissipated, artists are dreaming up innovative – and mutually beneficial – ventures that rely on the private sector instead. The Depot, a new white-walled, concrete-floored art gallery at 38 Upper Clapton Road, is one such project.

Young creatives Tilley Harris and Suzannah Pettigrew, both 26 – childhood friends from Eastbourne, living in London – came up with the idea for a gallery, studio and café and approached creative development agency SUSD with a proposal.

SUSD acquire sites for redevelopment – aiming to create environmentally-conscious, architecturally inventive designs that will benefit the local community – and they own the old tram depot just off the Lea Bridge Roundabout, Upper Clapton Road.

The space has previously been used as a clothing factory, a children’s TV robot laboratory, and a recording studio – frequented by world-renowned musicians including Iron Maiden, Dire Straits, The Police and Pete Doherty.

But SUSD were yet to find a use for the space, or the funds to complete a big project, so when Pettigrew and Harris approached them with their proposal for an arts centre that would raise the profile, and value, of the space – they were game.

Harris and Pettigrew, photographer and visual artist respectively, moved into the tram depot nine months ago and have been renovating ever since, alongside local businessman Stephan Crepe, owner of Creperie du Monde on Chatsworth Road – who is transforming the front of the building into The Tram Depot Café.

“The space was filled with car parts belonging to our garage neighbours, which had amalgamated over five years,” said Harris and Pettigrew. “Once the car parts graveyard was removed it revealed an almost derelict shell of a recording studio.”

They stripped out the heavy-duty soundproofing, replaced the roof, rewired the building and put in new plumbing – careful to retain the original structure, interior and exterior, of the historical building.

The Depot will offer an affordable gallery space for students and young creatives to hire, but the co-founders will also be curating their own exhibitions. The first show will include work from the collective Voist, of which Harris is a founding member, as well as some of Pettigrew’s artwork and films from Helen Barr, the gallery assistant.

“When we took the building on we wanted to use the space to facilitate both of our artistic practices and projects,” they explained. “The project space and gallery will run as a multifaceted space to accommodate all manner of creative purposes such as photographic shoots, gallery shows and performances.”

Keen to integrate with the locals, Harris and Pettigrew also plan to work with nearby schools and charities to offer community workshops.

Though clearly enthused by the prospect of having their own gallery to pump all their creative energy into, it has not all been plain sailing. “Every step involved problem solving and hair pulling,” they said. “Luckily we’ve had really supportive tradesmen, friends and family who’ve extended their skills and helped us finish the job to a professional capacity.”

The buzzing launch party last Saturday – brimming with east London artists – offered a glimpse into what can be expected of this venue: young and trendy. Is Clapton heading towards becoming the new Dalston?

The Depot: a gallery, studio space and café, opens this week. Follow them on Twitter @thedepotclapton for more information.

← A glimpse of the London sublimeQuills – sex, satire and sadism →