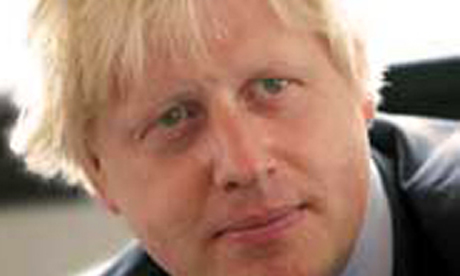 This article titled “London Olympics’ ticketing process is peculiar, says Boris Johnson” was written by Owen Gibson, for The Guardian on Tuesday 17th May 2011 18.47 UTC

London’s mayor, Boris Johnson, has admitted that the ticketing process for the 2012 Olympics is “a bit peculiar” amid concerns that some applicants will see money deducted from their accounts more than a month before they find out which events they will see.

London 2012 organisers (Locog) this week began deducting money from the bank accounts and credit cards of applicants for the 6.6m tickets on offer but has said it might not be until 24 June that it has informed all successful applicants which tickets they have got.

“The critical thing on the tickets has been managing people’s sense of disappointment or otherwise. There aren’t that many tickets available but there are plenty of events that are undersubscribed, so it is possible to come back for a second bite of the cherry.”

Locog has tried to quell criticism from consumer groups who fear the system encouraged people to apply for tickets they could not afford by revealing that the average order was for 12 tickets at a total of £500. Around half of the 649 sessions on offer were oversubscribed, with the opening ceremony the most popular.

Johnson also defended the price of Olympic tickets, which start at £20 but rise to £2,012. He said they were priced “pretty keenly” and represented good value compared with other major sports and music events.

The mayor, who will face an election months before the 2012 opening ceremony, also sought to quell fears that industrial action could cause transport chaos during the Games.

“I think it will be very, very unlikely that there will be industrial action but clearly it is important that we continue our discussions,” he said. “We are having our pay rounds now which are progressing well and we need to get that right.”

Johnson said he understood the “anxiety” of the prospect of tube strikes during the Olympics.

“Look at what happened on the day of the royal wedding,” he added. “I thought that the city looked fantastic and that as an organism the transport and police performed brilliantly – that is basically what people want to do during the Olympics and that is the ambition of the service.”