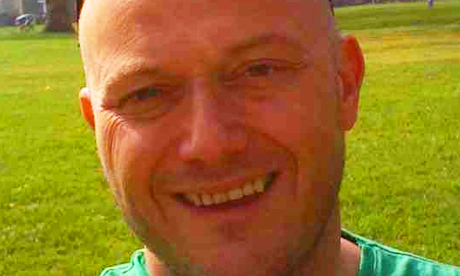 The Blog Prize judges unanimously agreed on Graeme Archer, and his posts for ConservativeHome, as this year’s winner. Archer, who described himself as “a 41 year old, civilly-partnered vegetarian Tory who lives in Hackney and is mildly obsessed with swimming” is the first Blog Prize winner writing under his own name, rather than a pseudonym. His winning posts covered everything from the coalition government to the controversy over a gay couple being turned away from a B&B, via competitive sport and open primaries.

This year’s Blog Prize judges were David Allen Green (shortlisted for the Blog Prize 2010 as ‘Jack of Kent’) and Gaby Hinsliff (journalist and blogger, former political editor of The Observer).

The judges said: “Graeme Archer is a blogger with wonderful elegance and clarity. Whether he writes on party politics or just about what he sees around him in Hackney, he is sharply observant and invariably thought-provoking.  His posts are engaging or disconcerting in turns, regardless of the political views of the reader.  Graeme Archer is, in the unanimous verdict of the judges, the one blogger who did most last year to make good political blogging into an art.”

Archer was chosen from a shortlist of seven, which was whittled down from a longlist of 22. The shortlist included Cath Elliott, Daniel Hannan, Duncan McLaren, ‘Heresiarch’, Molly Bennett and Paul Mason.

The annual Orwell Prizes comprises three awards, each with a value of £3,000, in categories which include books and journalism in addition to blogs. Entries must embody George Orwell’s ambition “to make political writing into an art”.

The Prize was founded by the late Professor Sir Bernard Crick in 1993. The Media Standards Trust, Political Quarterly and Orwell Trust are partners in running the Prize, through the Council of the Orwell Prize. Richard Blair (Orwell’s son), A. M. Heath and Thomson Reuters are sponsors.

This year’s prize, which marks the 75th anniversary of Orwell’s famous journey to Wigan Pier, has the theme of poverty.

There were a record number of entries to the 2011 competition, including 205 for the blog prize.

The winners of the prize were announced tonight at a ceremony at Church House, Westminster.

Director of the Prize, Jean Seaton, said: “Blogging is mutating faster than a fruit fly in a scientific experiment: now in its third year, the Blog Prize shows how this new vehicle for writing is both taking us into areas of private and unreported experience, but also finding new voices, magnanimous and distinct.”

Related: As good as it gets: is Hackney the future of Britain?