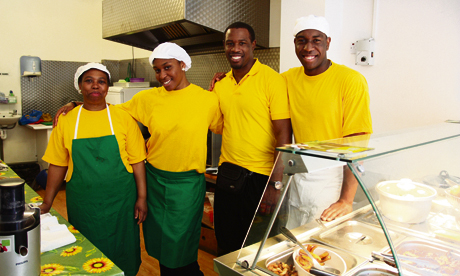 Independent traders in a Hackney street hit hard because of overrunning roadworks clubbed together to throw a street party on the last day of April.

Bradbury Street, close to Gillett Square in Dalston, is well known as an eclectic hive of small businesses – and it celebrated its official reopening with a suitably quirky shindig featuring ping pong, a mini record fair and an exhibition of Polish posters from the 1960s and 70s.

Shopkeepers said they hoped the bash would mark the start of a new era for the thoroughfare, and with transport links to the area boosted because of the new Dalston Junction station, many traders are now hoping the street’s renaissance could be close at hand. 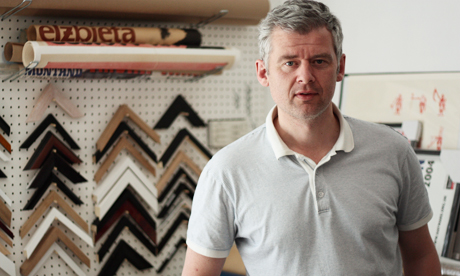 Peter Findlay from Bradbury’s Print and Poster Gallery believes that the street had the potential to emulate the success of other areas in the borough.

He said: “This weekend’s street-party is a great example of how Bradbury Street could be completely transformed. With more events like this traders and residents have the chance to take part in the re-emergence of a great Hackney destination.”

Some have expressed fears that the street could eventually become a victim of its own success and be invaded by chain stores looking to cash in, but Mr Findlay said such thoughts were “navel gazing – and none of the traders can afford to do that”.

He added:  “They have to make their situations better in this environment – to keep their businesses going – for Bradbury Street that means the continued support of the council, lots of events and regularly closing the road to traffic at the weekends.

“If success comes and the private landlords get greedy, let’s look at it then. But has that even happened yet? This side of the street is owned by Hackney Cooperative Developments (HCD), a not-for-profit, and they’re a very fair and supportive landlord in my experience. They’ll play an important role in how the street develops.” 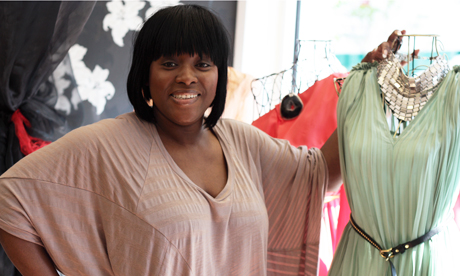 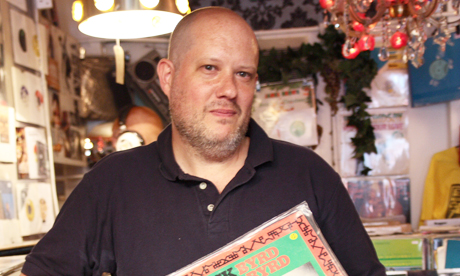 Andy Westbury of Eldica Vinyl and Retro said: “We welcome the investment into Dalston and Bradbury Street as this can only be good for business.

“However we would not like to see any Starbucks or any more Tesco Metros. The community I feel is very important and the environment should reflect their needs and not outprice them from the area. The new look Bradbury Street is definitely an improvement.”

“We hope that the new refurbished road, coupled with weekly or fortnightly summer street party events, will encourage people to come down to experience the friendliness of Bradbury Street.” 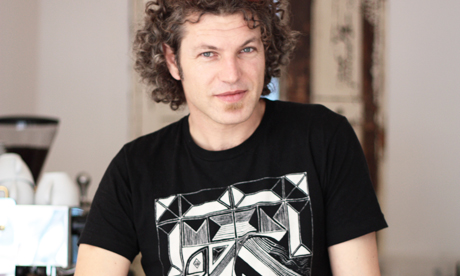 New kid on the block Lothair Hamann of Bird café said: “The mix in Bradbury Street can be a draw, but it’s not like it couldn’t do with more. They are some empty shops so it’s not full and buzzy yet, but I get the feeling it’s not going to be long before it is.

“I think it would make a fantastic market street. If you look at any places that have been rejuvenated, markets can really help bring people in to an area. You only have to cross the road to Ridley Road Market, there’s so much life there. There’s always a bit of a throng and a buzz of people.

“Some people may be concerned about having a market in this street, and there is a fine line to be drawn when it comes to a progressive approach to the development of the area. There is a danger that a market could result in the area becoming sanitised and over-managed.

“But I think that a market once a week, perhaps with retro, ethnic, art and design stalls – a nice mixture, that what Dalston is, it’s this mixture.

“Dalston is in transition and I think it could only be good, done with a little bit of care.

“People were really pushing Dalston, it was really being hyped. It has delivered on a few things: live music, nice lunches, a market that has been here a long, long time. For Bradbury Street, a market is a natural thing to happen, in that place, it’s sitting here, it’s just waiting, it’s in the heart of Dalston.

“It’s a great little street, at the moment it’s neither off the map nor on the map. Getting the street alive on a Saturday – I would really like to see that happen.

Dalston has experienced huge changes in recent years, with the construction of new flats in the Dalston Square development, the fourteen-storey Kinetica building on Ramsgate Street and the arrival of a new overground line linking Dalston to Highbury and Islington in the West and Croydon in the south.

The cultural scene has also received a significant boost with the relocation of the Vortex bar to the refurbished Gillett Square, the Arcola’s move to nearby Ashwin Street, and the opening of numerous new late-nights cafés and restaurants.

Not all local residents welcome the entire range of recent changes, with many lamenting the loss of important landmarks of local heritage, including the 19th century theatre that used to house the Four Aces Club and the decay of other historic buildings in the area. But Bradbury Street  has always been cherished by locals.