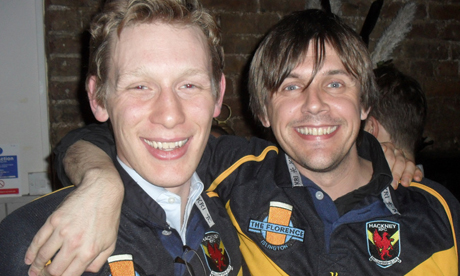 Rugby might appear to be all about and glorious try scoring and post-match pints, but for Hackney Rugby Club there’s a whole other side to the game. The club has launched into the season with the aim of making a difference in the local and global community, as well as on the scoreboard.

Local initiative Hackney Quest is one of the organisations to work in tandem with the club in an attempt to improve quality of life for Hackney’s less privileged young people. The charity seeks to get young Hackney residents involved in stimulating activities such as sport to prevent them getting caught up in street crime.

The rugby club has participated in numerous charity events in recent months to support Quest, managing to raise a staggering £2000 for the charity with a ten kilometre run, as well as over £1200 from the memorial Matt Elliott 10’s tournament.

Charity may begin at home, but that hasn’t stopped the club from looking much further afield to make a difference. Through contact with sponsors the Florence Pub in Angel, the team began to develop links with SKRUM, a charity which seeks to provide hope and prospects for children in Swaziland by promoting social education and, as the name would suggest, the beautiful game of rugby itself.

As the country with the highest global known rate of HIV/AIDS infection – a devastating 42% of the population – and an average life expectancy of 32, it really is a question of every little helps in Swaziland.

The team is currently doing what they can to help from Hackney, with a rugby clothes drop-off point at training to collect kit for rugby-playing children in Swaziland.

The (men’s) team will also be participating in the infamous Movember challenge, cultivating impressive moustaches over November to raise money. Eventually, however, the players hope to go out to Swaziland to make a more significant contribution.

“In the long term we are looking to establish a deeper link with SKRUM by visiting them in Swaziland and lending a hand to their development projects,” says James Dawson of Hackney Rugby Club.

Dawson is clear that charity work is crucial to maintain a positive ethos and team spirit in the rugby club and the community at large. “It is extremely important for us as a club to develop and grow both on and off the pitch. Our work with charities is helping us as a club to develop strong links with our community and with the rugby community of Hackney, and enabling us to raise money for a good cause which we are all very passionate about,” he says.

← East London Design ShowJack and the Beanstalk at the Hackney Empire →