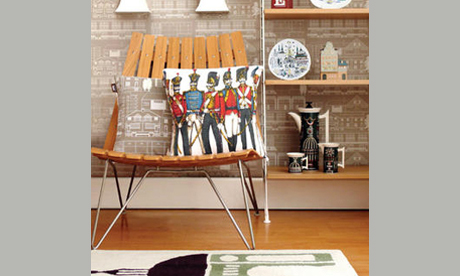 Designers have looked to the capital city for inspiration in their new creations for this year’s East London Design Show.

From the London Eye to the humble black taxi, contributors to the show have incorporated some of London’s most recognisable sights into their different pieces.

The annual show comes, in true festive style, just once a year before Christmas, and attracts work from some of the country’s best jewellery, design and interior product designers each year.

A popular local event, its cultural relevance is highlighted by the fact that it is partially funded by the European Regional Development Fund.

As is traditional, the show is to be held in Shoreditch Town Hall at the beginning of the festive season and kicks off with a VIP reception and opening on the 2 December.

Hackney gets itself on the map in the show with illustrator Vic Lee‘s limited edition prints of Church Street, Kingsland Road and Broadway Market up for sale.

Spitalfields and Whitechapel are among the other East London areas to find themselves immortalised in the show’s products, featuring on the works of textile designer Gina Pierce.

Meanwhile, homeware designer Michelle Mason has drawn on the much bemoaned London transport system as inspiration, coming up with a series of tube route cushions and London bus route mugs.