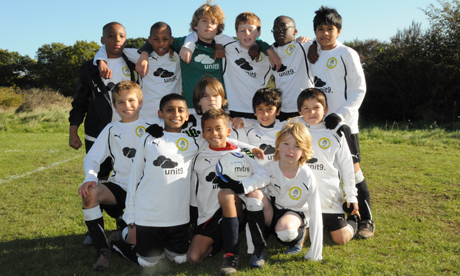 Last month saw the Clissold Rangers Under 11s team keep up their current  form to beat opposition Woodford Youth FC 6-4 in a tense home match which spilled over into penalties.

It is the latest in a string of victories for the team, who remain unbeaten so far this season despite this being their first year playing eleven-a-side football. In what turned out to be an evenly-matched and hard-fought game, Clissold were representing the East London and Essex League (ELE) whilst Woodford were playing for the Echo League.

Woodford dominated the first three quarters of the match, pressing Clissold aggressively to thwart their favoured short passing game. They failed to reflect this on the scoreboard however, and Clissold were able to force themselves back into the game, coming back from 1-0 down in normal time and then from 2-1 down in extra time.

The home side finally clinched victory after a nerve-wracking penalty shoot-out, which they won admirably with one penalty to spare. The well-deserved Man of the Match accolade went to new American signing Ted McCabe. Not only did he split his time between playing outfield in the first half and then in goal in the second, he also managed to both save and score a penalty in the showdown shootout. Not a bad haul for a single match.

The Under 11s will be going for gold this time around, having lost out on the Red League title last season to rivals Junior Hammers. Judging from this latest performance, Hammers would do well not to get complacent.