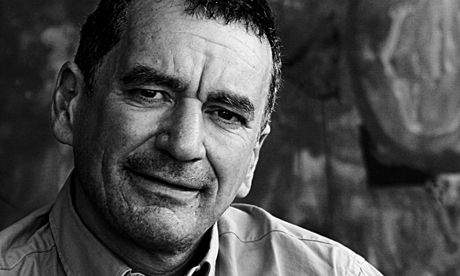 Henry Stewart, one of the founders of the Local Schools Network. Photo: Miriam Stewart

Some of Hackney’s best primary schools see little benefit in taking up the Government’s offer to convert to academies, the Citizen has learned.

In May 2010, education secretary Michael Gove wrote to the nine local primary schools rated as “outstanding” by Ofsted, offering them the chance to be fast-tracked to academy status. But although five local schools registered an interest in the scheme, none have taken up the offer.

Heather Rockhold, head teacher at Lauriston Primary School, which was rated “outstanding” by Ofsted said: “As far as I am aware, there appears to be few, if any, advantages for a small primary school like us to convert to an academy.

“From what I can tell, it offers more flexibility in the curriculum – but we already have that. It would also give us the chance to manage our own pay scales, but we are only a small primary school with a small budget.”

The introduction of primary academy schools is one of the government’s flagship education policies, which it believes will help narrow the attainment gap between rich and poor pupils early in the school system. Primary academies, like secondary academies, will have more freedom than other state schools over their finances, the curriculum, and teachers’ pay and conditions.

Henry Stewart is chair of governors at Stoke Newington School and one of the founders of the Local Schools Network, which promotes and celebrates the work of state schools. He said that ‘outstanding’ primary schools would only really consider converting to academy status for financial reasons in the tough economic climate.

“Hackney has some of the best state schools in the country,” he said. “In value-added terms, which take prior attainment and social background into account, we have the highest figures.But all good schools are facing the same dilemma at the moment: do we stay as we are and face redundancies and further budget cuts, or do we convert to an academy hoping we can keep the provisions we’ve got now?

“Schools in Hackney that are considering becoming academies are doing it as a means to secure more money – I don’t see any other benefit for them to convert to an academy.”

A spokesperson from the Learning Trust, which is responsible for education services in Hackney said, “It is for schools to decide whether to apply to become an academy and we will support them with whatever direction they choose to take.”

Note: Henry Stewart’s final comment in this story was amended at 4.30pm on Sunday 7 November 2010.

Control over budgets and staff pay scales – in a time of cuts, schools will be able to decide themselves where to make savings

If most primary schools became academies, the remaining schools in local authority control could suffer

Most academies will also receive private funding, which some say undermines the role of school governors