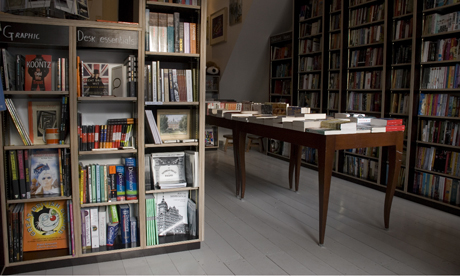 After having Rebecca Hunt and Ned Beauman, two bright and young upstart novelists reading from their novels last month, Pages of Hackney hosts a series of three events from some more well-weathered writers discussing politics, the re-imagining of the Soviet Union’s glory days, and a dark tale of London’s gay underworld.

Richard Seymour is the author of The Liberal Defense of Murder and the recently published, The Meaning of David Cameron. He is one of the country’s leading ‘radical’ journalists and his blog Lenin’s Tomb is one of the most popular blogs on the internet.

On Wednesday 3 November Richard will be reading from and discussing The Meaning of David Cameron, arguing that Cameron has been sold to the British electorate as a thoroughly modern politician, part Blair, part Thatcher, a one nation conservative with a soft spot for social democracy and the green movement. But despite being told, arguably more, about Cameron the man than any other politician he appears strangely unformed, a cipher for the real interests and forces he represents. The Meaning of Cameron is an unmasking of the false politics Cameron embodies, and an examination of the face the mask has eaten into.

Rounding off the month is the brilliant and unpredictable Francis Spufford on Tuesday 16 November. His latest work Red Plenty begins with the now strange idea that the oppressive USSR was founded on a fairytale. The Soviet state was built on the 20th-century magic called ‘the planned economy’, which was going to gush forth an abundance of good things that the lands of capitalism could never match. And just for a little while, in the heady years of the late 1950s, the magic seemed to be working.

Francis’s novel is about that moment in history, and how it came, and how it went away; about the brief era when, under the rash leadership of Nikita Khrushchev, the Soviet Union looked forward to a future of rich communists and envious capitalists, when Moscow would out-glitter Manhattan, and every Lada would be better engineered than a Porsche.

It’s about the scientists who did their genuinely brilliant best to make the dream come true, to give the tyranny its happy ending. It’s history, it’s fiction. It’s a comedy of ideas, and a novel about the cost of ideas. This talk promises to be the highlight of the month, a talk packed with bamboozling anecdotes and startling statistics concerning the last great moments of the fairytale that founded the Soviet Union.