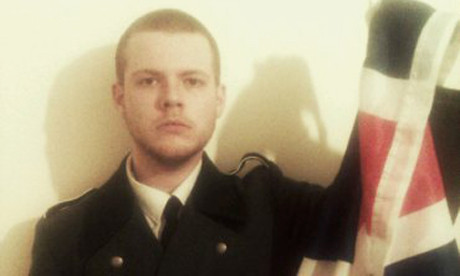 A white supremacist group’s plans for an anti-Semitic march in Stamford Hill has sparked public outcry.

On Friday 30 January, the group Liberate Stamford Hill began promoting plans for a march to be held on 22 March, prompting calls for counter-protests on the day.

Liberate Stamford Hill announced the event on Twitter and Facebook in protest against what it labels the ‘Jewification of Great Britain’. The announcement is accompanied by anti-Semitic images and slogans.

Stamford Hill is home to one of the country’s largest ultra-Orthodox Charedi Jewish communities.

The plans have been led by Joshua Bonehill, a 22-year-old far-right activist based in Yeovil, Somerset. Speaking to the Citizen, Bonehill described himself as “a proud anti-Semite”.

Bonehill is a member of the far-right National Action party. He has previously supported the Conservative party, then the United Kingdom Independence Party, and the British National Party.

Bonehill has written to Hackney Council and the Metropolitan Police on behalf of Liberate Stamford Hill requesting permission for a road closure through Clapton Common to Rookwood and Egerton Roads, to the A10 at Stoke Newington station, from 2pm on Sunday 22 March, culminating in a rally at Clapton Common.

Hackney Council has said it is committed to stopping the march from taking place in the borough’s parks. Deputy Mayor, Cllr Sophie Linden said:

“This is completely at odds with the long and proud history we have in Hackney of our diverse communities working and living together.

“Any attempt like this, by an individual from outside Hackney, to fracture our communities and create division through anti-Semitism is unacceptable and has no place in our borough. We are in contact with the police to urge them to ensure this divisive march does not go ahead and we certainly would not allow it to take place in one of our parks.”

Permission to hold protests and marches must be granted by the Metropolitan Police. A Metropolitan Police Notification of Public Procession document seen by the Hackney Citizen outlines Liberate Stamford Hill’s request for road closure.

Superintendent Andy Walker from Hackney Police said: “We’re aware of a message on social media suggesting that a ‘protest’ is planned for next month in Stamford Hill. We have contacted the individual who posted this message to see if it is genuine and we are waiting to hear from him.

“In the meantime, I have spent today talking to members of our local community and I am unequivocal that we won’t tolerate any activity in Hackney which seeks to stir up racial hatred or which is intended to frighten and intimidate people.”

Bonehill has insisted that if he is blocked from closing roads, the rally at Clapton Common will go ahead regardless.

Speaking to the Hackney Citizen, Bonehill said: “If roads can’t be shut we will be holding the rally at Clapton Common anyway, with or without the council’s permission.”

Bonehill told the Citizen that he expects up to ten different nationalist groups to participate in the rally.

The plans are targeted at the volunteer community police force Shomrim, which Bonehill claims is “illegal and undemocratic.”

He told the Citizen: “Shomrim police drive similar cars to the real police, they wear similar uniforms to our police and yet they have not been arrested for impersonating the police.”

In the wake of the announcement, various activist groups are calling for counter-action against the rally.

Hackney Councillor Michael Desmond called the plans “a pathetic attempt to cause strife in an otherwise peaceful neighbourhood”.

The group Hackney Stand Up To Racism said: “”We are shocked that a far right group calling itself the National British Resistance is planning to hold an anti-Jewish rally on 22 March in the Stamford Hill/Clapton area, under the grotesque banner of ‘Liberate Stamford Hill’… We ask that people in Hackney are vigilant and prepared to mobilise on 22 March.”

The announcement came days after Holocaust Memorial Day, commemorating the seventieth anniversary of the liberation of Auschwitz.

An anti-racism march through central London is scheduled for 21 March, commemorating the United Nations International Day for the Elimination of Racial Discrimination.