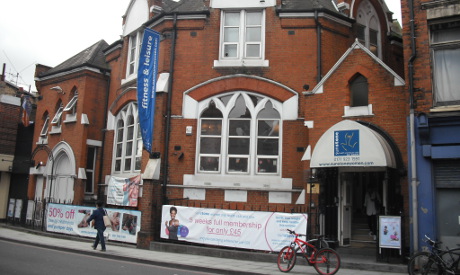 Former members of Sunstone Women are celebrating after the closed fitness centre was awarded Asset of Community Value status this week.

Sunstone Women Community Group nominated the building on Northwold Road in Stoke Newington as a community asset after the gym closed down in June 2014.

Assets of Community Value (ACV’s) are properties or areas of land nominated by community groups and awarded extra protection from development under the Localism Act 2011.

Sunstone Women Community Group said they were “delighted” at the decision. Speaking on behalf of the group Jane Holgate said: “Sunstone Women was also a unique place for women to meet and socialise from different cultural backgrounds.

“It was one of the very few spaces in which women felt comfortable and able to interact with women from diverse backgrounds to share different experiences, and was highly valued by its members.

“We hope to begin discussions with the owner of the building as to how we might bring it back into use as a women’s gym.”

In the Council’s decision letter, the Authorised Officer said they were satisfied that the use of the building as a gym had “furthered the social well-being and or social interests of the community”.

The Officer felt it was “realistic” that over the next five years the gym could be reopened and continue providing valuable services.

Owners of ACV designated properties must inform the local authority if they wish to sell the asset.

If the community group then wants to buy the asset they can suspend all selling activity for six months, giving them a chance to raise the money.