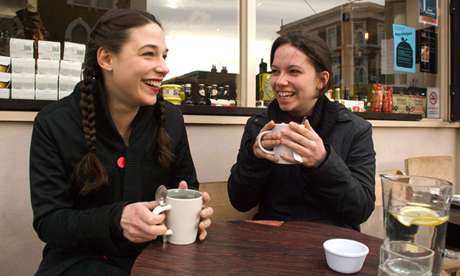 Starbucks may not be everyone's cup of tea. Photograph: Lena Gansmann

Hackney Council is standing by its decision to award the contract to run the café at the soon-to-be opened Dalston CLR James Library to a Starbucks franchise, despite questions being raised over the terms of the contract.

On 12 September, the council’s Cabinet approved the letting of the café space to local restaurant operator Mr Gurkan Bozdere, who has entered into a license with Starbucks, along with a 15 year lease at £30,000 per annum.

Under this license arrangement, Starbucks will supply the coffee machines, all the coffee and some of their branded range.  The formal proposal to the Cabinet to appoint Mr Bozdere stated that the desire of the council was to “secure a major chain operator” to run the cafe.

By contrast, the Dalston Area Action Plan outlines as an objective to “strengthen local character and identity by enhancing the existing [local] qualities” and that any new retail development would promote independent retailers alongside high street multiples. When quizzed by the Citizen, the council stated that it did invite expressions of interest from small and medium companies, as well as and mainstream ones.

But there was no clear answer as to why the proposal clearly outlined that its aim was to secure a major chain.

The report to Cabinet stated that: “the response from leading chain operators [to lease the cafe] had been disappointing” and that £30,000 per annum therefore represented best consideration. However, the consultants’ report prior to marketing the cafe also stated that the offer to run the Dalston cafe may be too early to attract its full potential.”

Note: In our original story we stated that the cafe is already open. This error has been corrected.