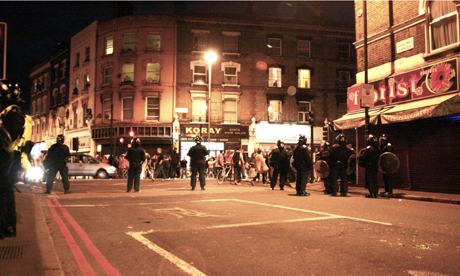 Whilst serious violence hit the borough last night as disturbances spread across Hackney Central, Hackney Downs and London Fields, further west in Dalston the Turkish community took to the streets to defend their shops and businesses on Kingsland Road.

There were a series of small confrontations from around 9.30pm between groups of youths and Turkish business owners and other members of the Turkish community on Kingsland Road, just north of Crossway.

One Turkish man told the Citizen that the youths had attempted to attack the Tugra baklava shop, but that it had been successfully defended by the community without police help. 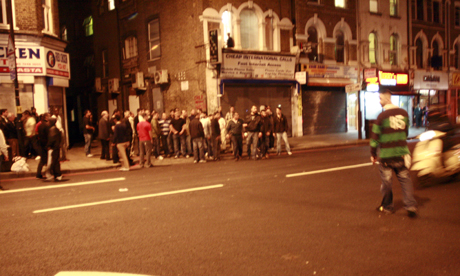 This incident resulted in heated arguments between the youths and members of the Turkish community which later escalated when the youths reconvened further up the road as a larger gang of 16, some covering their faces with bandanas or scarves.

They walked past the Turkish businesses but having provoked a situation were suddenly forced to make off down the road past Dalston Kingsland station, chased by over 100 Turkish men and youths, some of whom had picked up sticks and were waving them threateningly.

Earlier in the evening, at around 9pm, a 236 bus was set alight in Shacklewell Lane by a group of youths; the bus driver told the Citizen that he and the passengers were allowed to get off the bus unharmed before it was set on fire. 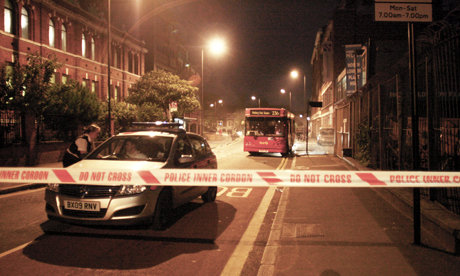 Are you affected by the Hackney riots? (Citizens’ Advice)

Boris Johnson says London riots “are not a simple issue”

The militarisation of the riots would be a deadly mistake, says Hackney MP Diane Abbott

How Riots Start, and How They Can Be Stopped: Edward Glaeser (external site)