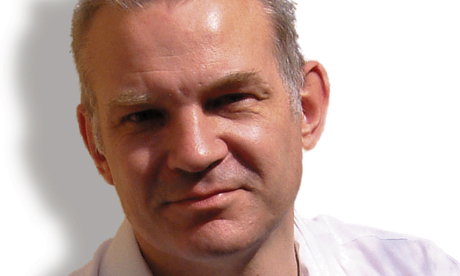 Andrew Boff, Conservative mayoral candidate for Hackney, claims his freedom of expression and political rights are being denied by Hackney Council, following its decision to exclude his election address from the mayoral booklet that will be sent out to all Hackney voters in advance of the elections on Thursday 6 May.

“How fair is Hackney’s election going to be if they are denying the right of a candidate to state how much the Mayor and his cabinet are
costing taxpayers?

“First of all they banned [Hackney author] Iain Sinclair from Council properties for daring to say something that the Mayor found uncomfortable, now my right to freedom of expression is being taken away by these control freaks.

“It seems like it’s a “future fair for all” – but not if you disagree with them,” said Mr Boff.

“The election address submitted by yourself on Thursday 8 April is invalid and is rejected…The payment of £750 is forfeited and can only be returned if you should withdraw your candidature by the last time allowed for the withdrawal of candidature.”

This decision was made following a meeting between Mr Boff and the Council at Hackney Town Hall on the afternoon of Friday 9 April.

When he submitted his draft election address to the Council on the morning of Thursday 8 April, Mr Boff drew attention to and circled the particular phrase, “The Mayor and his cabinet pay themselves £335,000 a year.” and asked if that was acceptable.

Criticism of other candidates is not permitted in the mayoral election address.

Mr Boff says that the Interim Electoral Services Manager told him that, as the passage referred to the post rather than to the person, it would be fine.

He then went home and refined his draft election address, as he had been told just beforehand that he would be able to make changes by close of play or at least before the booklet was sent to the printers.

But later that same day, he was then told that the deadline for changes had passed, and so none could be made.

The next day, Friday 9 April, Mr Boff had a meeting with the Council’s Interim Electoral Services Manager and Corporate Director for Legal and Democratic Services to discuss ‘typographical corrections’, though the discussion also arguably included discussion of substantive changes.

According to Mr Boff, the Council raised concerns with him at about the sentence, “The Mayor and his Cabinet pay themselves £335,000 a year”.

Mr Boff proposed to re-write the passage to read: “Along with the pay of the Cabinet, the position of Mayor costs £335,000”, but says this amendment was rejected.

“In holding the meeting to discuss ‘typographical corrections’, there is an implicit acceptance by Hackney Council that the original sentence is unproblematic, because if the statement is enough to disallow the entire document, why was the Council willing to discuss other amendments?” said Mr Boff.

A suggestion by Mr Boff that a phrase referring to the “dead hand of the Learning Trust bureaucrats” be deleted was accepted.

Mr Boff is arguing that the Council is at the very least being inconsistent in its application of the regulations regarding corrections to typographical errors.

Hackney Council has been asked to comment but has yet to do so.