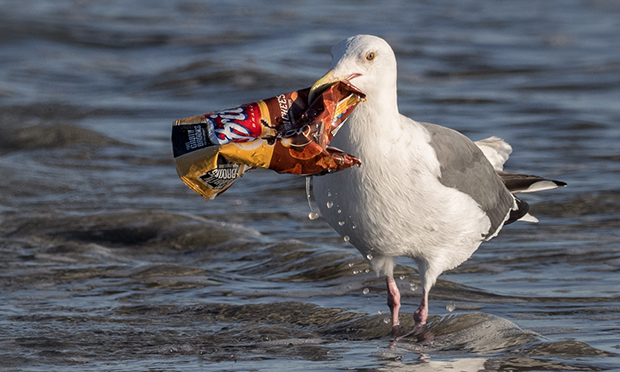 Residents from 390 Shoreditch homes who counted their waste for a Greenpeace survey want to see tougher action to reduce single-use plastic in the UK.

The households threw out a staggering 21,390 pieces of plastic in just a week, and said they were shocked by the amounts recorded for the Big Plastic Count.

On average, residents threw away 55 pieces of plastic each over the seven days – lower than the national average of 66.

Greenpeace estimates that the average household bins 3,432 pieces of plastic rubbish a year, or nearly 100 billion pieces a year throughout the UK, with just 12 per cent of them being recycled.

He told the Citizen he was appalled that some plastic ends up in landfill and that some of it gets shipped abroad.

“It’s almost like an atrocity in the 21st century in an advanced country like the UK that we are exporting garbage overseas,” he said.

He thinks manufacturers should cut packaging and cut out single-use plastic, and pointed to deposit return schemes which have helped to reduce waste in Germany.

“Who wants bananas wrapped in plastic?” he added.

In 2018, the Mayor of London set out ambitious targets across the capital, including cutting food and packaging waste by 50 per cent per person by 2030, slashing the municipal waste recycling rate by 65 per cent in the same timeframe, and sending no biodegradable or recyclable waste to landfill by 2026.

The campaign group said: “Alternatives should be affordable, reusable and accessible, including to those with disabilities.”

The Shoreditch volunteers added: “Hackney Council can play a part by lobbying the government for ambitious targets to reduce plastic production, a comprehensive deposit return scheme, a ban on plastic waste exports, and a moratorium on new incineration capacity.

“Locally, encouraging businesses to offer refill schemes, such as those recently trialled by Waitrose and Marks and Spencer, is an important way of reducing food packaging.”

The Town Hall’s 10-year sustainable strategy from 2018 states: “We will work across the borough to reduce the use of plastic, including by expanding the number of public water fountains, and we will also encourage business and local organisations to do the same.”

The following year, pre-pandemic, the council gave out thousand of reusable water bottles to highlight the problem and encourage thirsty residents to fill up at more than 90 public water fountains across the borough.

Hackney Mayor Philip Glanville told a parliamentary inquiry into waste management that companies should “make sure that they are not producing packaging that isn’t recyclable”.

Hackney’s strategy also pledged to improve recycling, including making it easier for people in flats where space is at a premium.

The council said it would “continue to work with community organisations and schools to engage and work with local people who are least likely to be recycling or taking steps to reduce their carbon footprint”.

It also promised online plastic-free workshops last summer as part of its roadmap to net zero.

← ‘Iconic’ Stoke Newington club asked to rethink plans for later openings‘Wes Anderson likes my work!’ Art by Hackney schoolchildren to be plastered on billboards as part of ‘fantastic’ creativity project →