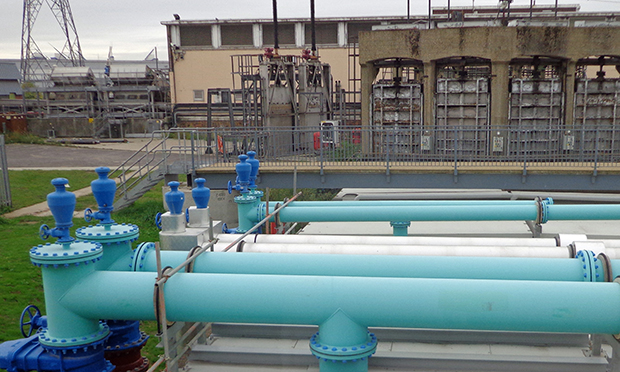 Poliovirus has been detected in sewage from north-east London, the UK’s Health Security Agency (UKHSA) has announced.

Polio can cause paralysis in extreme cases, but health bosses say the risk to the population is low at this stage.

They are urging people to make sure they and their family members are up to date with vaccinations – particularly parents with young children.

The vaccine-derived poliovirus was first spotted in February in a sample from Beckton treatment works, which covers four million Londoners.

Experts say similar ‘vaccine-like’ polioviruses appear on average one to three times a year in sewage samples, and these have always been one-offs that then disappear.

But the same virus found in February was picked up again in April in a mutated form – leading UKHSA to trigger a national incident and alert the World Health Organisation.

No associated cases of paralytic polio have been reported since the virus was discovered in February, but GPs have been told to keep polio in mind when diagnosing patients.

Further tests are being carried out in six areas in an attempt to localise the problem, with results expected soon.

Experts think the virus originated in someone who has recently received a polio vaccine and has possibly spread it to close contacts.

Dr Vanessa Saliba, consultant epidemiologist at the UKHSA, said finding samples of vaccine-derived poliovirus is rare but the risk to the public is extremely low.

She urged people to make sure their vaccines are up to date, because people who are unvaccinated are most at risk.

Vaccine rates in London are around 90 per cent – lower than the national average – and uptake has been slowly declining over the last decade.

Saliba added: “Vaccine-derived poliovirus has the potential to spread, particularly in communities where vaccine uptake is lower.

“On rare occasions, it can cause paralysis in people who are not fully vaccinated, so if you or your child are not up to date with your polio vaccinations it’s important you contact your GP to catch up, or if unsure, check your red book.

“Most of the UK population will be protected from vaccination in childhood, but in some communities with low vaccine coverage, individuals may remain at risk.”

London’s chief nurse Jane Clegg said the NHS will get in touch with parents of under-fives whose children are not up to date with their polio vaccinations to invite them to get protected.

She said: “The majority of Londoners are fully protected against polio and won’t need to take any further action.”