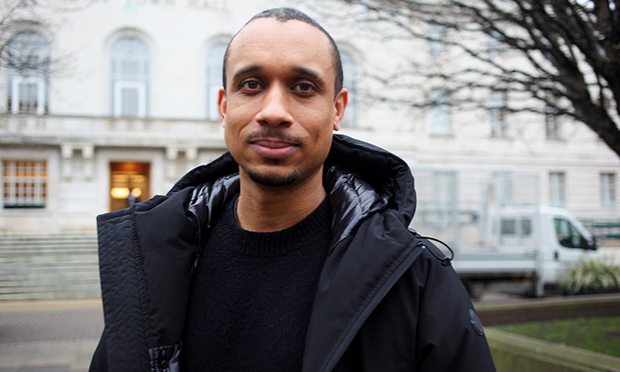 “I want people to recognise themselves and feel valued,” said artist Thomas J Price as he gets ready to unveil the sculpture he created to celebrate the Windrush Generation.

Anyone who passes Hackney Town Hall over the next few days will be able to watch the installation of the large artwork.

Although the full details remain under wraps, Price revealed that the sculpture features two large figures cast in bronze.

“Hopefully they are quiet pieces which resonate the power and a real presence that people can feel and feel connected to,” he said.

Price worked with Hackney residents to learn their stories about Windrush  and craft a tribute to the generation that came to Britain to do key jobs after the war.

The two figures will be unveiled on Windrush Day next Wednesday, where they will be seen by generations to come, including politicians.

The sculpture is the second Windrush commission by Hackney Council.

Veronica Ryan has been shortlisted for this year’s Turner Prize for her custard apple, breadfruit and soursop sculptures, unveiled on the Narrow Way last summer.

Speaking about his work, Price said: “It really is about representation and visibility and a celebration of a very particular generation of people who were intrepid and really responded to the call for help from the United Kingdom.

“They were pioneering individuals who were able to muster that courage to come to a totally different place under the promise of a warm welcome.

“This is where the title Warm Shores comes from, leaving a warm, safer home, a warm climate and the waters of the Caribbean and expecting a warm welcome – perhaps not finding that warm welcome.” 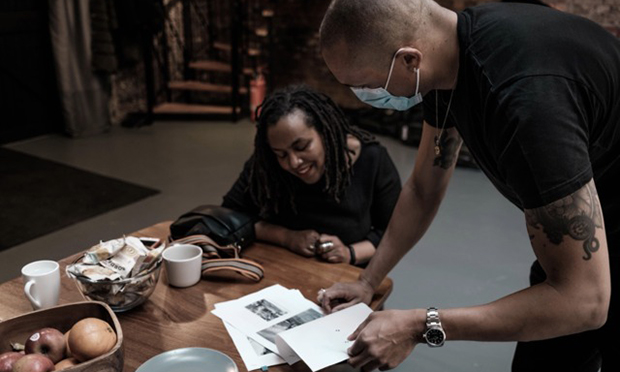 Price spoke to residents to hear their stories about Windrush. Photograph: Hackney Council

He added: “I really wanted to use the materials of power and celebration. I’ve used bronze in order to render representations of people in the community in Hackney.

“It was really important to me to have residents involved in the process. I really wanted to meet people and listen to their stories and I used 3D scans to capture their visual information.”

Rather than create the likeness of individuals, he scanned images digitally to resculpt using “digital clay” to make “beacons of empathy and visibility which are going to be part of the very fabric of Hackney”.

“They are not on plinths,” he added. “They are on the ground that we walk on.”

He spent a “really emotional three days” talking to people about their experiences.

The two sculptures are nine-feet high and deliberately steer away from images of individual people – rather they come from the imagination and observation.

Once he had “digitally sculpted” them, the pieces were cast in a foundry, sanded, welded together and “coloured using a heat and chemical process” – a four-month endeavor.

“My work looks for the common qualities that we all share,” said Price, who explained that they celebrate the “everyday” about people.

“When people connected to Windrush see these, I want them to recognise themselves and feel valued and present.

“These Black bodies taking up public space I think is a statement, and at the same time I feel these sculptures are for everyone.

“The Windrush story is the UK’s story and everybody connected to the humanity of people. 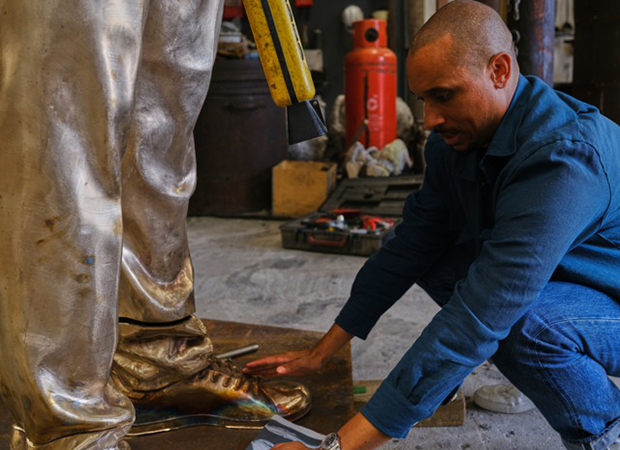 Price with one of the bronze figures he is set to unveil next week. Photograph: Hackney Council

He has deliberately avoided any direct reference to the past.

He said: “These are contemporary works which talk about what it means to be part of the UK, to be a citizen of the United Kingdom, and specifically the people of Hackney.”

He hopes the pieces encourage people to celebrate the things that bring us together rather than dwelling on the racism many people experienced, and the pain of a scandal that saw the government trying to deport people because they did not have paperwork.

Price added: “The Windrush scandal is such a horrific experience for people to go through, such a callous way for a government to act, but it’s also an incredible shame that it’s the only thing that people know about Windrush nationally.

“Whilst this work doesn’t specifically talk about the Windrush scandal, it is a way to try and create an understanding and visibility around the incredibly positive humanist contributions that Windrush has made and is making so people realise they are not forgotten.”

He added: “I hope that, as the nation wakes up to seeing these sculptures installed and the stories told about the Windrush, people living here now will receive much better treatment in the future.”

Residents are invited to attend a free event outside Hackney Town Hall from 5-7pm on Wednesday 22 June. It will be hosted by TV and radio presenter Eddie Nestor and will feature performances by award-winning poets Mr Gee and Raymond Antrobus, a reggae choir, the Morningside Youth Steel Pan Band, and Kingsmead Dynamics Drumming and Dance Group.

← ‘I like to think I blazed the trail’: Hackney MP Diane Abbott celebrates 35 years in office‘Joy, inspiration and wonder’: Young V&A unveils summer of family fun to mark its 150th anniversary – and begin the countdown to its big reopening →