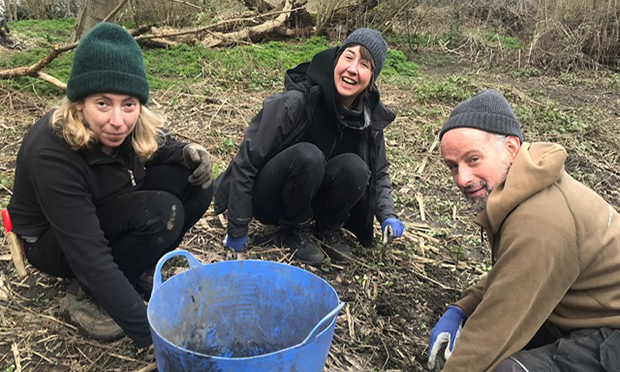 Volunteers have kicked off a project to rewild the eroded banks of the River Lea and boost biodiversity.

The initiative will also see 520 trees planted and 4000 herbaceous plants introduced along the waterway, providing homes for otters, bats, amphibians and a kingfisher family living by the river.

WGH’s Gideon Corby said: “It’s fantastic having the active support of Hackney Council and Lee Valley officers, and so satisfying working with skilled and committed local people to reintroduce vegetation and habitat for a cleaner, greener, healthier and wilder river.”

The plants will help stabilise the river banks and make it easier to remove trapped litter from the water, ensuring it does not flow downstream, form microplastics and pollute the sea. 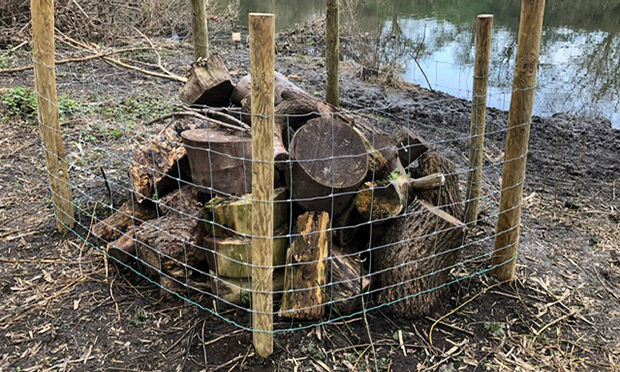 The Town Hall’s sustainability and public realm director, Aled Richards, said: “The River Lea is an oasis for wildlife in Hackney, but has suffered from the effects of pollution upstream and erosion from overuse.

“This project will help to make it greener, reduce pollution, and encourage wildlife to return to its banks.

“It’s great to see volunteers from the Wildlife Gardeners of Haggerston get this project under way and it’ll be exciting to see how it develops in the coming months.”

The next phase will involve the installation of tree kickers, which secure trees by river banks instead of allowing them to move downstream. This helps to improve conditions for fish and other aquatic life.

The project has been made possible with funding from the Greater London Authority’s Grow Back Greener Fund, Hackney Council and Lee Valley Regional Park Authority (LVRPA).

It was designed by the Wildlife Gardeners of Haggerston and will train volunteers from local community organisations in planting new vegetation by rivers and ecology.

Cath Patrick, conservation manager at LVRPA, said the authority is “delighted to work alongside Hackney Council and the Wildlife Gardeners of Haggerston to seek enhancements to this stretch of the River Lea”.

She added: “It’s a fantastic example of grassroots action that will have a positive impact on the biodiversity potential of the river.”