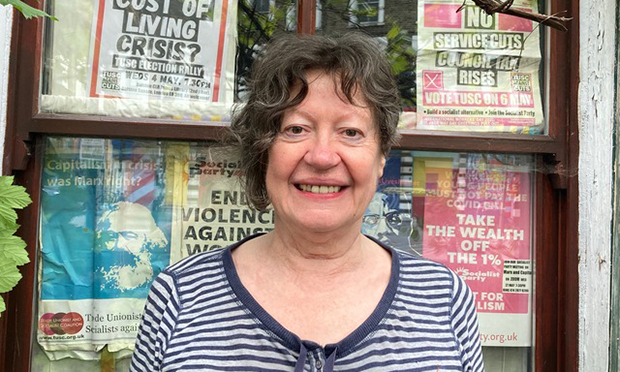 She is standing for TUSC –  the Trade Unionist and Socialist Coalition – in Victoria, and said she was strip-searched about a decade ago by police in Islington.

Trotter, an accountant, believes it is because she questioned police who were doing an operation in the market, and it is not clear what they were looking for during the search. She was never arrested or charged with anything.

“It degraded me,” she said, adding that “the complaints procedure does not work”.

She shared her experience because of the Child Q scandal – the strip-searching by police of a Black teenager at her Hackney school.

“This is nothing new and we know searches have been happening regularly,” Trotter said. “There needs to be an overhaul of the police.”

She said it was important for councillors to be involved with the police and community to improve things.

She is inspired as a candidate to tackle economic hardships people are facing and the demand for quality genuinely affordable homes.

She said: “In Victoria ward, where I am standing, 70 per cent of households pay rent that is set to rise, and housing is unaffordable for the majority.

“Forty per cent of Universal Benefit claimants are in work – the working poor. Victoria ward ranks in the top five per cent of the most deprived English wards.

“We would freeze rents and work towards more genuinely affordable housing solutions.”