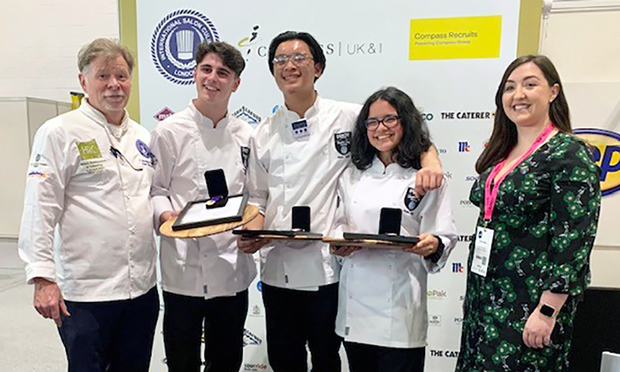 Maria Carbone, Sam Paoli and Patrick Paulo Dela Cruz, who study professional cookery at New City College in Hoxton, competed in front of a live audience at the ExCel Centre.

The cook-off was the grand final of the Country Range Student Chef Challenge 2022, a prestigious fixture of the culinary calendar that is run in partnership with the Craft Guild of Chefs.

As if cooking in front of a crowd wasn’t pressure enough, the trio were also being judged by two of the country’s top chefs – Michel Roux Jr and Brian Turner.

The pair praised the New City College team’s inventive food, saying: “We were really impressed and actually quite shocked by the quality of food. The team also had the smallest station but they were still able to win due to their tremendous teamwork and adaptability.” 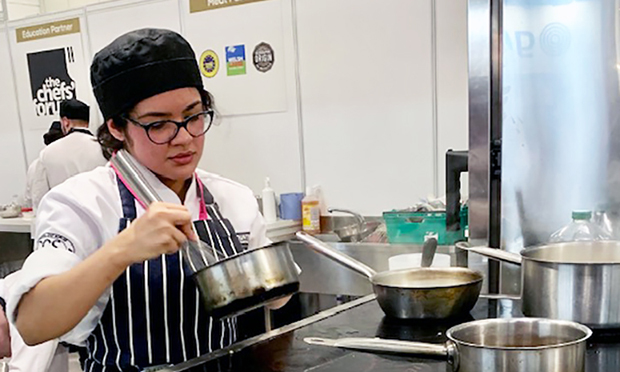 Carbone said the victory was an “amazing feeling”, adding: “This means so much to me because I came to England from Venezuela in 2017, without my parents, and I only spoke a little English.

“I’m very proud and really appreciate the opportunity to take part in this competition. I was so excited as we prepared to start. We were ready for it and we had worked so hard we were determined to do well.”

The team served up three canapes: a tuile with spinach purée and smoked salmon; a teriyaki-marinated smoked eel sushi roll; and a potato flatbread with smoked trout mousse and cucumber pearls.

These were followed by a main course of poached guinea fowl breast with a croquette, two purées, and a jus.

The final flourish was a chocolate and orange tartlet with vanilla and orange ice cream, poached orange, and a Cointreau sauce. 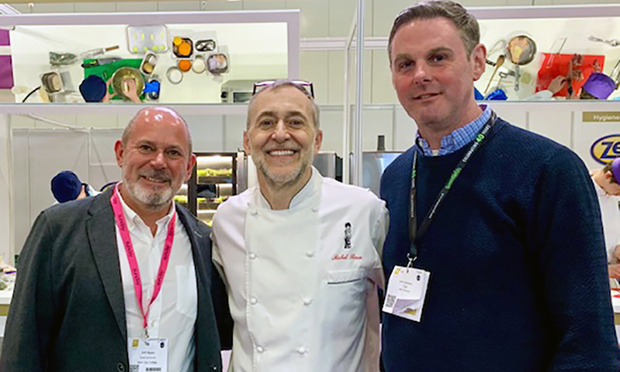 Paoli said: “I tried our dishes and I thought they were the best we had ever done them, so I was happy enough – but then to hear we had won was incredible.”

Patrick Paulo Dela Cruz added: “The live competition was terrifying but at the same time it was fun! As soon as we started cooking, our team spirit kicked in and our nerves disappeared. To take the trophy home is a dream come true.”

As well as taking the title ‘Best in Show’, the students were also awarded gold standard from the Craft Guild of Chefs and won personalised chef knives.

Their college tutor Jeff Mason said: “I’m totally blown away and quite emotional to be honest. I’m just so happy for them as they have put in a huge amount of effort and have been so supportive towards each other.

“They’re a credit to me, themselves and the whole college, and I have no doubt they will go on to very successful careers in hospitality.”