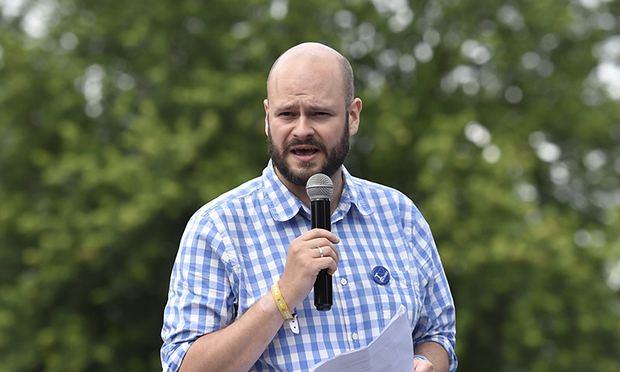 The last few years haven’t played out as anyone planned. Covid, the climate crisis and the war in Ukraine have turned the world upside down.

Just recently, the Child Q scandal has shocked Hackney residents and seen hundreds take to the streets to express their horror and demand change from the police.

Labour’s mayoral candidate Philip Glanville believes it is the community who will bring about a sea change.

As Hackney Mayor since 2016, he holds regular meetings with the borough commander and pledged to hold the force to account as it attempts to rebuild trust.

“That sense of injustice, violation, trauma – it’s disgusting what has happened and it’s just one example of the adultification across our schools and policing system, and all too often each situation is treated in isolation,” he said.

“They are fundamentally children and have a right to be protected and a right to safeguarded.

“Trust and confidence in the police is not just about one community in Hackney. There’s a lot of solidarity for the Black experience.

“But there are other communities that also feel that the police are not there, that they’re not open to the things that matter to them, and I think that trust and confidence is much, much broader.

“I’m absolutely committed to holding police to account, to challenging them.”

He added: “I’m still depressed about the local police response [to the Child Q scandal]. Their first statements were not good enough.

“I’ve seen some good chinks of light here but I know that people want to hold that up to scrutiny, they want to see some evidence of real change and they will want to hold systems to account.

“I can do part of that as mayor, scrutiny can do it, the community can do it.”

Glanville asked the Met’s leaders for an urgent action plan on how they intend to put things right and look at its commitment to being anti-racist and treating children as children.

“They are on notice,” he said. “The community put them on notice.”

He said organisations in education, policing and healthcare, along with the council, must improve.

Glanville became Hackney’s second directly elected mayor in a by-election in 2016 after his predecessor Jules Pipe, also Labour, stood down.

He has also served as a ward councillor for Hoxton West and was cabinet member for housing. He has also worked for Bethnal Green and Bow MP Rushanara Ali.

He said he is standing again “because there is a job half done”, and that people’s ideas to tackle challenges such as the climate emergency “really excite me”, adding: “What we’ve done since the climate emergency declaration, how we’ve led on green transport and net zero, and thinking about how we can connect that to jobs and people’s lives and things like fuel poverty.”

He has “real excitement and hope” about working on solutions if he returns as mayor.

“Hope is really important,” he said. “We’ve had a really difficult two years with Covid, we’ve had more than a decade now of austerity, fighting Hackney’s corner, and making sure that we win the argument about public policy change but also investment in our borough is incredibly important.”

He believes his best achievements as mayor include “winning the argument that we should be investing in our future”.

He cited the new Britannia leisure centre and neighbouring school, alongside investment in parks, youth services and the climate emergency.

He added: “Making sure that we can continue to have the very best public services is the thing that I’m most proud of – linking back into community and apprenticeships and community dividend as well, because it isn’t  just  about bricks and mortar. It’s what you do with those buildings and how you make them inclusive spaces for the whole borough to use.”

The need for new homes is acute in Hackney and Glanville said “the question of affordability is absolutely crucial”. His manifesto contains a pledge for the creation of a commission for affordable home ownership.

He said the council is on a mission to build homes but that it is important to have a “transparent conversation” about the kind of homes they should be and how they are funded.

Critics fear the planned homes at Morning Lane will lead to gentrification.

Glanville said: “I would love to have a position where you could build council housing without building private homes, but you wouldn’t build any council housing or if you did it would be in very small numbers.”

The introduction of low traffic neighbourhoods (LTNs) has been controversial in Hackney – as in other London boroughs – and was challenged in the courts.

When asked if the council has got anything wrong with the schemes, which are designed to cut car use and carbon emissions, Glanville said: “The challenge is that sort of model is never easy and there’s no perfect model for delivering it.”

LTNs were first mooted well before the pandemic, but many were brought in across the capital as experimental traffic orders, with funding from Transport for London.

Glanville said: “There were very few occasions when the council went out and just did something randomly without previous bits of engagement.”

He said there had been discussions about cutting pollution in areas like Hoxton, London Fields and Clapton.

“It felt like a lot of change in one go.”

He said he thought the model of testing schemes under an experimental order and changing them where needed is “one of the only models that actually works”.

“I think if we had gone for the Blue Badge change at the very start, that idea and impact on Hackney’s most vulnerable residents would have been taken out at the start.”

So what would his first steps be if he is re-elected?

“Restarting conversations with residents about some of these big ideas, whether it’s the work with the police around Child Q and the response there, whether it’s our climate ambitions.

← ‘My life is on hold’: Women waiting for fertility treatment at Homerton Hospital speak out over delaysRoll up! Roll up! Join the Great Mayoral Debate: Hackney Citizen to host election hustings →