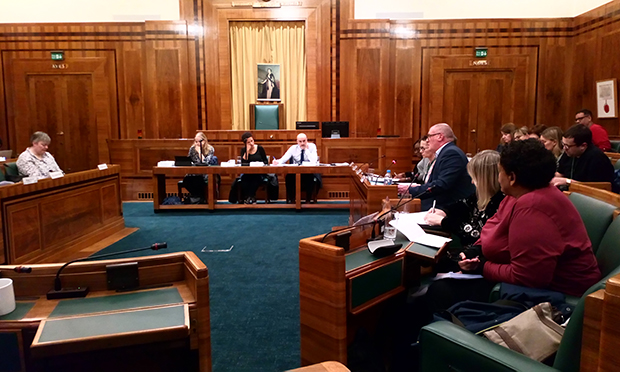 One of Hackney’s top school governors has raised fears that children are being excluded from school at a far higher rate than shown in official figures.

At a 14 January meeting of the Children and Young People’s Scrutiny Commission, Jo Macleod, vice chair for the Hackney School Governors’ Association, said there is a lack of transparency around internal exclusions, where students are removed from classes but not from school grounds.

The borough saw 43 children permanently excluded from state-funded primary and secondary schools in 2016/17, a higher rate than any of the previous five years.

Macleod said: “I wonder whether it’s been considered to ask schools to provide data on internal exclusions.

“I know schools don’t have to publish, but I wonder whether in the spirit of our collaborative approach in trying to reduce exclusions, I worry whether there could be hidden exclusions, where it doesn’t become reported because it’s not a fixed-term exclusion external to the school.

“I think there are some very positive reasons for doing exclusion internally, not least that we’re not sending vulnerable children out of the protected safe environment of school.

“But I think there are reports nationally that often children can be in internal exclusions for huge periods of the academic year, and that is not reported, it seems, to anybody.”

The commission is currently undertaking a review of outcomes for children and young people who have been excluded from school.

Information on internal exclusions does not have to be published, but will be shared with school governors.

The Hackney Learning Trust says it could be looked into during visits made to schools by its School Improvement Partners Programme.

In discussions during the meeting with representatives from Hackney Learning Trust, concerns were also raised about so-called “zero tolerance” disciplinary codes exacerbating the issue.

Andrew Lee, head of Special Educational Needs (SEN) and principal educational psychologist at Hackney Learning Trust, said: “Bear in mind that some of our young people who present with challenging behaviour are some of our brightest children.

“They’re often some of the young children who will question the status quo of the education system they’re in.

“Then you have another set who have experienced significant life trauma, so you could look at a trauma-based approach.

“Alternative providers will provide a far more personalised and customised provision to meet that child’s particular needs. That doesn’t mean necessarily a curriculum with an academic diet.

“This brings us into the challenge with the government and its achievement mentality of trying to get young people through GCSEs. That may not be the requirement for that child at that time in their life.”