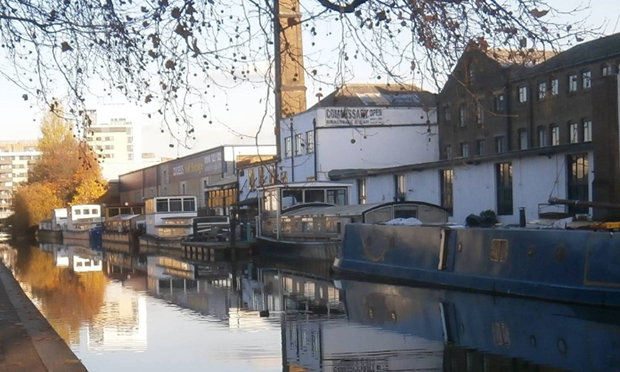 Holborn Studios, described by fashion photographer Helmut Newton as ‘the Abbey Road of photography,’ is under threat once again.

Despite a judicial review finding the Town Hall acted unlawfully in granting planning permission in 2016 for the partial demolition of the existing building, councillors have given developers Galliard Homes another chance to erect its development of 50 luxury flats and commercial workspace across seven floors.

It seems likely, however, that the studios will take the council back to the courts for a second round of costly legal battles to fight the decision made at a combative 9 January meeting of Hackney Council’s planning sub-committee.

Billy McCartney, managing director of Holborn Studios, which has stated the redevelopment proposals will result in the loss of Hackney’s largest photography and film studio, said: “My position at the moment is that we will seek a judicial review if possible, which is the most likely outcome, or we could try to get it called in by the Home Secretary or the Mayor of London.

“For now we’ll just carry on as we are and keep working. The problem is I could concentrate on expanding my business, doing new things, buying new equipment if I didn’t have this burden over me constantly.

“This has been going on for seven years now. In terms of my personal life, it ruined my Christmas with my children. Hackney Council put out the letter on 21 December and closed their offices. They could easily have had the meeting at the start of February instead, except they’re trying to rush things through.”

McCartney dismissed council officers’ claims that other employment could be offered in the planned basement space, stating that in his view the plans did not just harm his own business, but the general use of the property, with the only potential he could predict for the site being by a storage company or server farm.

Over 900 people formally objected to the plans, with only two writing in support.

Community opposition to the plans is widespread, with calls to halt the proposals seen from Eagle Wharf Marina, Inland Waterways Association, Angel Association, Association of Photographers, the Friends of Regents Canal, the Regents Network, the Greater London Industrial Archaeological Society, and the Hackney Society Plannng Group.

Harwood remained where he was, though the move was characterised by Hackney Society chair Nick Perry as “extraordinarily dangerous” and “obviating the entire point of the planning committee which is to hear the case.”

Perry stated the request for the lawyer to leave the meeting was done “on the basis of an attempt to ask the chair to speak.”

The clash between councillor and lawyer came after Harwood was initially prevented from speaking on planning matters by the meeting’s chair, due to his appearance on behalf of Holborn Studios rather than as a planning barrister.

Harwood was able to speak further when subsequently asked direct questions by councillors.

Perry said: “The Galliard Homes scheme is yet another uninspiring addition to the Regents Canal waterfront, which doesn’t offer enough benefit to justify the wholesale destruction of the social heritage and valuable sustainable employment that Holborn Studios have created on this site.

“The handling of the planning application and its resolution before elected councillors was an object lesson in the timidity of planners and their inability to extract the best schemes from voracious developers who are hell bent on extracting the maximum value from their land.

“It remains to be seen whether this development goes ahead or the land owner simply sells the land on with a healthy profit accrued through the grant of planning permission. We live in hope that this is not the end of the road for the local businesses that have grown up on this site.”

Galliard’s application differs from the initially-rejected scheme with a payment of £757,076 towards affordable housing elsewhere, £47,592 in carbon offsetting payments and provision of 24 per cent affordable workspace onsite.

A Hackney Council spokesperson said: “All Council, GLA and national planning policies were assessed by the planning sub-committee as being fully satisfied as set out in the published report.

“It would be extremely unusual for members of a planning committee to consult someone speaking for or against an application for an independent assessment of technical planning matters before referring the question to Council planning officers in the first instance.

“Planning officers are consulted because they do not have an interest in the outcome of the application, only to ensure that planning policies are correctly applied.”

EDIT – This article was updated at 24 January at 15:31. The article originally stated that commercial floorspace was only provided at basement level.