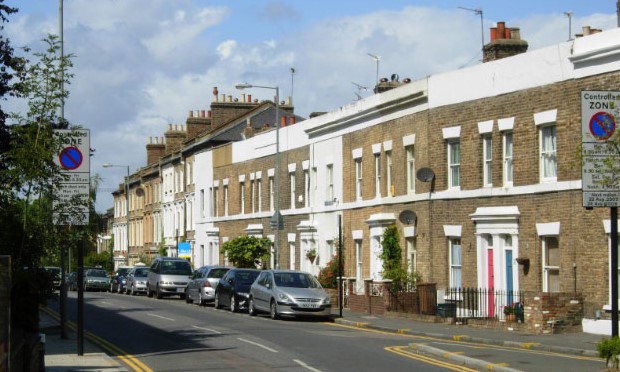 A Conservative councillor has demanded that scores of Lordship Road parking tickets handed out by Town Hall officers on New Year’s Day be revoked.

Cllr Aron Klein (Con, Stamford Hill West) spoke out after witnessing the “shock” of multiple drivers finding tickets on their vehicles on 1 January, due to parking restrictions in force for an Arsenal match at the Emirates Stadium.

It is understood that Cllr Klein has received an admission from the Town Hall that the tickets may have been wrongfully handed out due to unclear signage.

Cllr Klein said: “I was walking in the afternoon on Lordship Road when I saw all the cars on the road have tickets on the windscreen.

“I thought to myself, ‘Hey, this can’t be right that [these] cars don’t know the rules, and only the traffic warden does.

“I could see the shock of all the families with children and the elderly coming back from a walk in the sun around the reservoirs to find parking tickets on a bank holiday on their cars, which are on single yellow lines.

“On Rosh Hashanah, we respect each other’s peace, tranquility and the holiness of the day.

“I didn’t think that on 1 January Hackney Council would  unleash traffic wardens to inflict misery on families with children coming to walk around nature parks.

“The current restrictions for football days only apply in controlled white box  parking zones. However, the stretch of yellow lines didn’t have any signs, which clearly isn’t good enough.”

The Town Hall have said that 19 tickets were issued to vehicles on Lordship Road on 1 January for breaching event day restrictions, including 14 for parking on single yellow lines.

Kim Wright, Hackney Council Group Director, Neighbourhoods and Housing, said: “Lordship Road falls within the event day zone around the Emirates Stadium, which has been in place for many years to protect parking for local residents and businesses on match days.“The event day zone is clearly signposted for drivers at entrances to the zone, and on signs next to parking bays, which make clear that it operates from noon to 4.30pm on Sundays and Bank Holidays. It is the responsibility of drivers to check that they are entitled to park before doing so.“As with all penalty charge notices, if drivers feel that there are reasons why it should be cancelled, they can dispute it. Details of how to do so can be found on their ticket.”

Edit – This article was updated on 14 January at 17:30 to include a response from Hackney Council. Cllr Klein was initially quoted as stating that 30 Lordship Road cars had received tickets on New Year’s Day – the correct figure is 19.