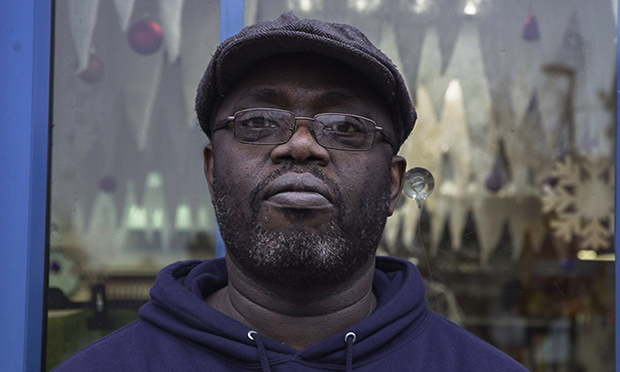 The film follows three people as they adjust to life in a new home. Image: Rob Newman

A homelessness charity this week launched its new winter campaign with a video made by a Hackney filmmaker.

Thames Reach’s Christmas film looks at the challenges facing those who have recently found a place to call home.

It was shot by Hackney Central resident Rob Newman, whose extensive CV includes hit dramas such as Spooks and Call the Midwife as well as a number of documentaries.

New figures from the Bureau of Investigative Journalism show 597 people died on the streets in the UK since last winter – 136 of them in London.

That tallies with official numbers, published today for the first time by the Office for National Statistics, which reveal almost 600 people died across England and Wales last year – a 24 per cent increase on estimates from 2013.

More than half of those deaths were the result of drug poisoning, suicide or alcohol abuse, with an average age at death of 44 years old for men and 42 years old for women.

Newman’s film highlights the fact that these problems do not just disappear when former rough sleepers have been rehoused, and that finding somewhere to live is often just the first step on a long road to recovery.

The five-minute video follows three people as they adjust to their new homes, and shows how Thames Reach supports them after they have left the streets through its Tenancy Sustainment Team.

The charity’s director of operations Catherine Parsons said: “At Thames Reach, we work to get people off the streets and into accommodation but for some people who have slept rough for a long time, getting inside is just the start of their journey to recovery.

“Our new winter video reflects some of the enduring challenges people can face after they have left the streets. This can include poor physical health, social isolation and dependence.

“It’s important to recognise that sometimes, a person’s problems aren’t resolved when they move away from the streets, and here at Thames Reach we work with people to ensure they get the support that they need to move away from homelessness and lead a fulfilling life.” 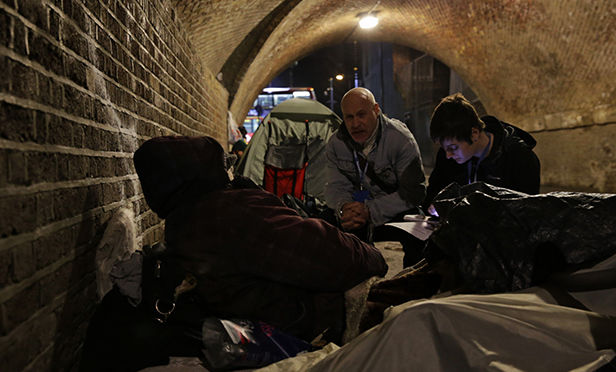 Newman’s relationship with Thames Reach began after he broke his back in a swimming accident a few years ago.

Unable to get behind the camera, he used the time off work to volunteer. That eventually led to his involvement in the charity’s winter campaigns, starting last year with a film focused on elderly homeless people.

Newman moved to Hackney 12 years ago and has stayed ever since, enjoying the borough’s strong sense of community. However, he is still shocked at the number of people sleeping rough.

He told the Citizen: “Sadly, homelessness is really rife here. There does seem to be a particularly big drugs scene.

“When I was going out to get shots for the film, all I had to do was step onto my doorstep, which is tragic.”

Newman said his charity films feel “so much more impactful” than his other work: “Last year’s film for Thames Reach raised about £25,000 in a short space of time, and it’s amazing to see such a direct impact.

“It’s not all about the amount of money, but the way it is used. You see instantly how it helps people, and that is more rewarding – it is more integral filmmaking.”

As well as raising awareness about homelessness, he is also keen to get across how people can help correctly.

“It’s not always best to give money to people who are begging on the streets,” he said. “The best way to help is to offer to volunteer for a charity, or to donate to them directly. You know then that the money is reaching the right projects in the system.”

For more information about Thames Reach, or to volunteer or donate, head to thamesreach.org.uk/support-us