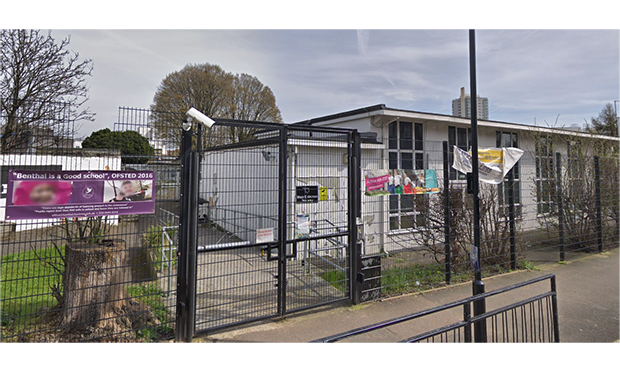 Parents at a Hackney primary school are “thrilled” that the council has called off plans to relocate them due to the rate of demand for school places in the borough.

Parents and carers of Benthal Primary children found out about the decision in a 14 December letter from the head of Hackney Learning Trust, Annie Gammon.

It stated that proposals to move the school had been “paused indefinitely”, while also promising a programme of improvement works to be delivered over the next two years.

Benthal parent Catherine Maguire said: “I was one of the parents who led the campaign in 2015 to thwart the plans to move Benthal to the much smaller Nightingale [primary school] site in order to make way for a secondary school.

“These plans would have seen pupils taught in temporary accommodation for over two years, before moving to a new site shared with residential accommodation and losing the wonderful outdoor space which is a key part a part of Benthal’s unique offer.

“As you can imagine, we’re thrilled that not only is our wonderful school safe but that it will receive the investment the pupils and staff deserve.”

A new secondary school, City of London Academy Shoreditch Park, has already opened in a temporary site by Haggerston Park.

The Town Hall has stated that the places provided by this school are still “much needed”, and the school is due to move to its permanent site in 2021 as part of the controversial Britannia Leisure Centre redevelopment.

Campaigners opposed to the Britannia plans have taken the Benthal announcement as undermining one of the key justifications for them.

Save Britannia Leisure Centre campaigner Pat Turnbull said: “The letter [from Hackney Learning Trust] is evidence that Hackney Council’s estimates of numbers of secondary school places needed were wrong. Yet they were used as a prime justification for the harmful Britannia Development Plan.

“The letter states that City Academy Shoreditch Park is still needed. Yet the council’s own planning application states that there are 41 secondary schools within three miles walking distance of the Britannia site, at only 86 per cent of capacity, which could take 5,100 more pupils and still not be full.”

The council paused the new secondary school planned for the Benthal site earlier in the year, and maintains there is still demand for the 940 places for students aged 11 to 16 and 200 sixth form places which Shoreditch Park will provide.

Nightingale Primary School has been rebuilt at Tiger Way and pupils are due to move in early next year.

Cllr Anntoinette Bramble (Lab, London Fields), deputy mayor and cabinet member for education, young people and children’s social care, said: “After careful consideration, we have decided not to go ahead with plans to build a new secondary school on the site of Benthal Primary School at this time.

“For over a decade, we saw a steady increase in the number of school places needed in Hackney and it was widely predicted this would continue.

“In response to this, plans for a new school on this site were first considered four years ago, as part of a comprehensive strategy to ensure there are enough school places for local children across the borough.”

Thanking parents and staff at Benthal for their patience, and promising future investment in existing school buildings, Cllr Bramble added that the decision had been based on an unexpected slow down in the pace of the increase in school places in London, which the council attributes to house prices, welfare reforms, and Brexit.