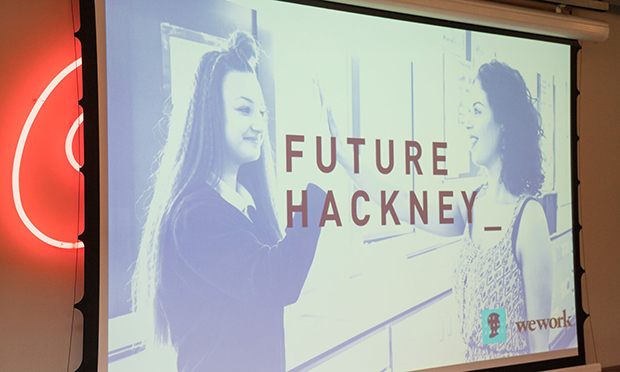 The scheme is part of the council’s Future Hackey programme. Photograph: Hackney Council

A group of Hackney pupils learned how to code and network earlier this month after being picked to take part in the first stint of the council’s new mentorship project.

The scheme, organised in partnership with the Diana Award charity and WeWork social enterprise, is part of the Town Hall’s Future Hackney plan.

It saw 34 students from two of the borough’s schools, Our Lady’s Convent and Cardinal Pole, take on a week’s work experience with 15 successful start-up businesses.

The pupils were interviewed and selected by the Diana Award, named after the late Princess of Wales, to help them find a career they are interested in.

They took part in coding workshops, learned how to do some networking, and received free careers advice. 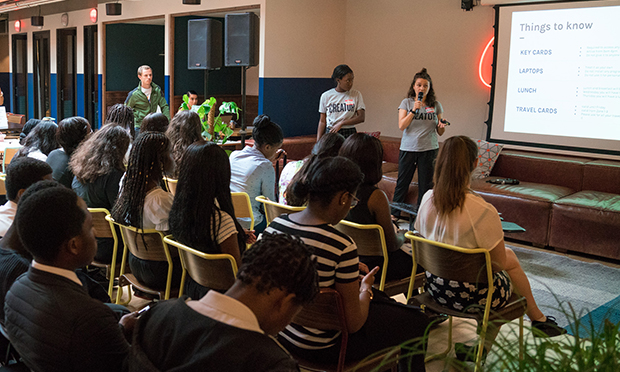 The pupils were given advice throughout the week. Photograph: Hackney Council

The youngsters were also given the low-down on the difference between university degrees and apprenticeships, and the advantages of each.

One participant, Darnell, said: “WeWork and the Diana Award really cared about what I wanted to do and mixed it in with actual work. They embraced my creativity.

“I know exactly what I am going to do now. When I finish with my secondary school, I will try to get an apprenticeship with Tribe – the company I worked for.”

Richelle, who spent her week with phone charging network Charged Up, said: “I worked with the sales and marketing department and developed adverts and widgets.

“I also developed hard skills like research with data mining. It was an amazing opportunity.” 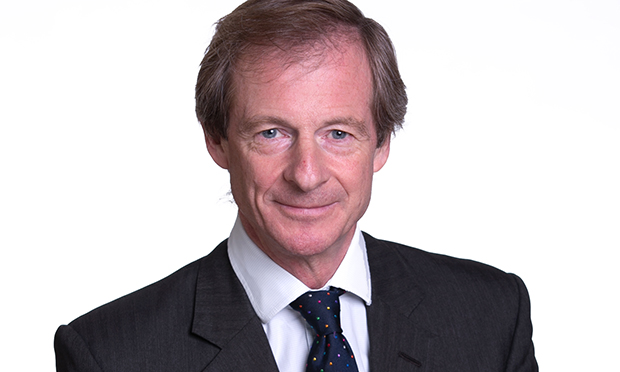 The week culminated in a graduation ceremony at the WeWork offices in Hackney, where the council’s business chief Cllr Guy Nicholson was on hand to present certificates to students who successfully completed the programme.

Cllr Nicholson said: “The council is working hard with the borough’s businesses to create opportunities for young Hackney residents to acquire the skills they need for their future careers.

“The partnership between the council, WeWork, The Diana Award, Cardinal Pole School and Our Lady’s Convent High School is a fantastic example of how working together can open up new horizons for the next generation.

“A big thank you must go to all the business mentors for volunteering their time to the programme and to the great teams at WeWork and the Diana Award who created a week that inspired confidence and ambition – thank you.”

The Town Hall will launch a second mentorship week in October – again in partnership with WeWork and The Diana Award.

← Council plans to cut its own plastic use by end of September2018 School Games: Hackney teenagers get a taste of the big time at national sporting event →