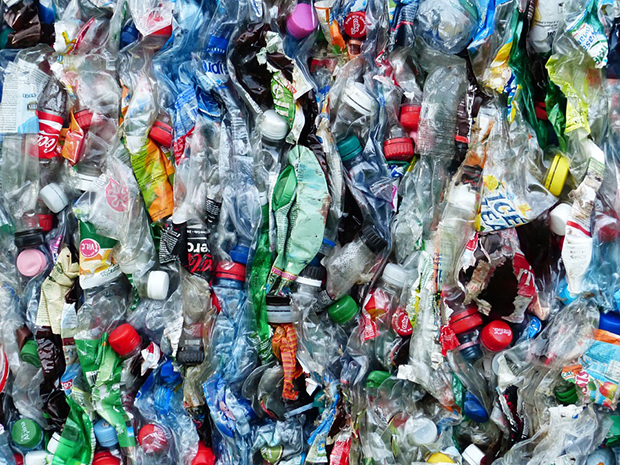 Plastic Pollution: Hackney Council to cut its own use by September. Photograph: Hans Braxmeier.

All single-use plastics will be removed from “corporate sites” run by Hackney Council within a month, if the Town Hall meets its stated targets.

It remained unclear at time of going to press whether “corporate sites” simply refers to Hackney Council offices, or all premises under council management.

The #ZeroWasteHackney challenge, a council-run campaign encouraging residents to “make as close to no waste as possible”, begins next Monday,

A council spokesperson’s response to Citizen questioning on non-recyclable plastics use by the local authority suggest the council intends to lead by example.

The spokesperson said: “We aim to remove all unrecyclable single-use plastic from corporate sites by the end of September.

“The council has also delivered internal reuse and recycling campaigns to encourage both practices.

“For example, we are currently running a reusable coffee cup campaign in which many staff members have participated. Our aim is to encourage staff to bring in their own reusable glass or drinking vessel.”

The #ZeroWasteHackney challenge will encourage residents to recycle and reuse as much as possible, as well as to keep track of how much waste can be recycled in an average week.

The Hackney Citizen announced on 8 August that it had joined forces with PlasticFreeHackney to encourage organisations across the borough to cut their use of plastics.

Bettina Maidment, community leader for PlasticFreeHackney, said: “It is great news that Hackney Council are taking the issue of plastic pollution seriously.

“As community leaders it’s only right that they lead the way in tackling this scourge.

“I’m hopeful that this is just the beginning, and that they will continue to look at a whole range of other areas where plastics could be reduced or removed entirely within the borough.”

According to a 2018 UN Environment report, single-use plastic bags and Styrofoam containers resist decomposing for up to 1,000 years, and can be extremely hazardous to wildlife on land and sea.

The report estimates that 99 per cent of seabirds will have eaten plastic by 2050.

European countries make up 16 per cent of the total global production of single-use plastics, with Europe acting as a significant contributor in particular to the making of resins used in their manufacture.

There is also some evidence to suggest that toxins in Styrofoam containers can be passed on to food and drink, especially when the food is reheated whilst still in the container.