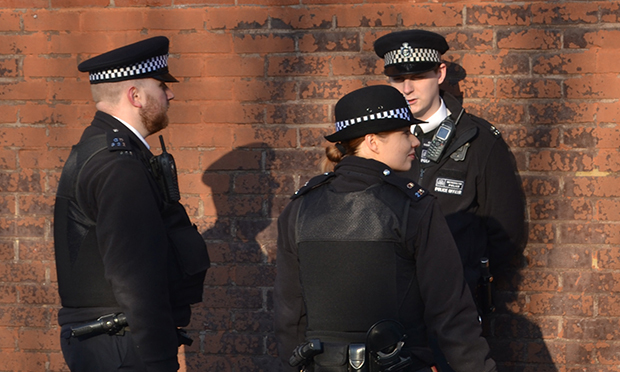 Section 60: Use of orders on the rise in Hackney borough.

The borough-wide use of orders giving police wider stop and search powers has seen a sharp increase in Hackney this year.

Section 60 (S60) orders garnered national attention this week when imposed on the Notting Hill carnival, and are put in place in targeted areas when police believe there is a possibility of serious violence.

Hackney saw S60s issued across the whole borough nine times between the start of year and 15 May, according to figures released to Cllr Siân Berry AM, leader of the Green Party on the London Assembly.

In an interview with the Citizen, Cllr Berry AM said: “I would question the value of borough-wide S60s. My suspicion is it’s being used more as a tool to reassure people than as an actual policing tool.

“These are very serious powers to put across people in a whole borough, and people many miles away from the original incident may be stopped and searched for other reasons that aren’t to do with what happened.

“The powers have quite a strict test for imposition. There is supposed to be an imminent risk of specific violence happening in a specific area.

“I would definitely argue that that does not extend to every ward in a borough when you have got a serious incident happening.

“The number of these orders has now shot up since previous years, so it is clearly a new policy of the police to do this.”

Hackney is the borough second-most affected in London by borough-wide S60s, with only Newham ahead with a 2018 total of 22 so far.

Under the Criminal Justice and Public Order Act 1994, once an S60 has been issued by a senior police officer, police constables can make any search of a person or vehicle they think fit within the area it covers, whether or not they have any grounds for suspecting that a person is carrying a weapon.

Under usual circumstances, stops and searches can only be carried out if police have ‘reasonable grounds’ to suspect that a person is carrying illegal drugs, a weapon, stolen property, or any other object that would assist in the commissioning of a crime.

A spokesperson for Hackney Council said: “Both Hackney’s Safer Neighbourhood Board and Hackney police’s Independent Advisory Group have considered S60 orders in recent months to be justified and proportionate given rising gang tensions and an increase in violent incidents in the borough.”

The council added that police contact both groups before any S60 order is made in the borough, who are also made aware of the reason for the application.

The police also notify both bodies of any additional stops after the S60 has been issued, in order to report on what was achieved under its imposition.

In response to questioning by the Citizen on the borough-wide use of S60  orders, a spokesperson for the Metropolitan Police said: “This is a preventative power that allows senior police officers to authorise constables in uniform to stop and search pedestrians and vehicles in a specific area, either where serious violence is likely to arise or has taken place, and/or it is believed that persons are carrying offensive weapons or dangerous instruments.

“In the MPS the decision about where and when to implement this tactic is authorised by a Commander following application by a Superintendent.

“The geographical location will be defined and justified, based on the available intelligence and associated risk.

“On occasions this means the authority may be across whole borough or straddle borough boundaries.”

Borough-wide S60s have been issued by police 48 times in the first four months of 2018, according to Cllr Berry’s figures.

In response to Cllr Berry’s questioning on the matter, London Mayor Sadiq Khan has agreed to invite Deputy Mayor for Policing & Crime Sophie Linden, as well as relevant officers from the Metropolitan Police, to discuss the use of S60s at a future City Hall police & crime committee.

Cllr Caroline Selman, Hackney Council’s cabinet member for community safety, policy and the voluntary sector said: “The council works with young people within the community and our partners to ensure people’s concerns are heard and residents have confidence in the work of the police and other organisations through our cross sector Community Resilience Partnership.

“We also work with young people and other partners through our partnership programme, Improving Outcomes for Young Black Men, to look at key inequalities in youth justice and there is an independent Stop and Search Monitoring Group of young people who have oversight of how the police use stop and search in Hackney.

“The Living in Hackney Scrutiny Commission is also preparing to look at how stop and search powers are used.

“We are committed to listening to and working with the community to ensure that all Hackney residents have confidence that the police and the authorities are there to keep them safe.”